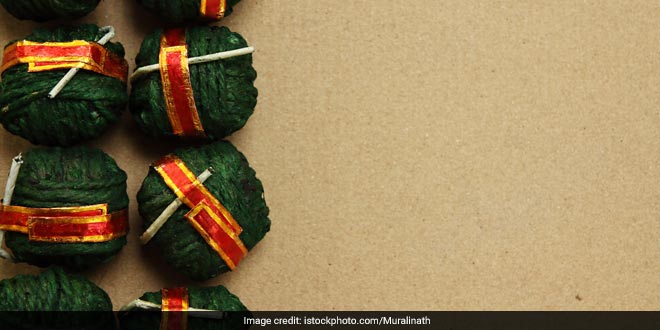 New Delhi: The unabashed violations across India of the Supreme Court-imposed restrictions on firecrackers during Diwali have cast doubts whether such orders can be enforced in such a short time. But legal experts say that the order is certainly implementable in the long run, even if it appears a monumental task now, and law enforcement agencies must be made accountable for the breaches that can hurt the ambitious efforts to combat pollution. Firecrackers were burst before and well after the 8 p.m. to 10 p.m. window on Tuesday and Wednesday, defying the orders of the Supreme Court

As a consequence, New Delhi was shrouded in a thick haze, recording its worst air quality of the year the morning after Diwali as the pollution level entered “severe-plus emergency” category, or 10 times the permissible limit due to the rampant bursting of toxic firecrackers, authorities said.

Still, experts, both legal and environmental, said the Supreme Court orders were in the right direction for gradual implementation, and would set the tone for policy-making on the issue of controlling pollution, dismissing criticism that it was not practical to implement the order.

The Supreme Court’s order could not have been obeyed at the time of festival but it did succeed in many areas. Such magnum orders can only be treated as messages of restraint, senior advocate Rajeev Dhavan said.

He and other experts said law enforcement agencies have to be made accountable for the non-compliance of the two-hour window granted by the apex court on October 23, and for the bursting of the less polluting so-called green crackers.

Also Read: Diwali In Delhi More Polluted This Year Than In 2017, Says Central Pollution Control Board

Gopal Sankaranarayanan, another advocate who has been arguing for the ban of firecrackers, said the order was largely implemented in the country, barring the national capital for which he blamed Delhi Police.

Of course, the order has been implemented. The time limit (fixed by the Supreme Court) was largely followed (in the country). In Delhi, police decided not to implement it. It is the fault of the Commissioner of Police. Only the Commissioner of Police disobeyed it, he said, citing the order which stated that SHOs of concerned police stations would be made accountable for the violations.

The experts said the apex court direction will eventually lead to ending manufacturing of polluting crackers and the next Diwali will be less polluting with only green crackers which have low emission of light, sound and harmful chemicals entering the market.

Aparajita Singh, who has been assisting the apex court as an amicus curiae in air pollution matters, said even if the “positive” order was not implemented in “totality”, it was a “huge step”.

Anumita Roy Chowdhury, executive director at the Centre for Science and Environment who is assisting the top court in various pollution-related matters, said law and rules with regard to crackers are there but it is time for citizens to be more responsible.

The order goes a long way in creating consciousness among people regarding pollution caused by the bursting of crackers, said Supreme Court advocate Rakesh Dwivedi.

All this will take time and we should go on pushing the idea because people gradually change themselves. That’s the most difficult task, to change the people, he said.

He said the court stepped in as the “government was doing nothing”. In his opinion, the apex court could have come out with clearer directions on issues like green crackers. The lawyer also rued the fact that the directions came at the eleventh hour and there was lack of clarity.

From the next time, he hoped, it will be clearer to the police and the administration in complying with the orders. According to Mr. Dhavan, when the matter was with Justice M B Lokur, he pioneered the idea that obnoxious substances should not be used.

This led to the concept of green crackers and now the court and authorities should turn to the manufacturers to supply green crackers that might resolve the problem, he added.

In former High Court judge Ajit Sinha’s view, it can’t be said that the apex court order was not implemented. The problem is that the sudden bringing about of such direction and then reaching out to the vast population is a tedious task which takes time, he said.

Diwali In Delhi More Polluted This Year Than In 2017, Says Central Pollution Control Board