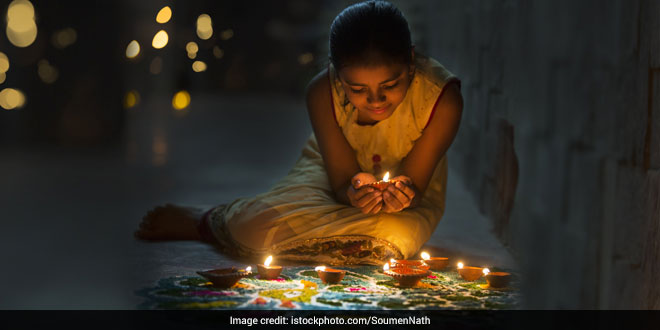 With Diwali, the festivals of lights being round the corner, and individuals gearing up with preparations like cleaning and lighting up their house, rangolis, mithais, distributing gifts to their near and dear ones, what still troubles is a question, will Diwali be better this year in terms of air pollution? Various steps by cities have been taken, like the Supreme Court in Delhi has implemented the ban on the sale of firecrackers till November 1, and, the Bombay High Court has put a blanket ban by implementing the ban on the sale of firecrackers in residential areas. But, the decision to burst or not to burst firecrackers remains with citizens as the ban on burning firecrackers is not yet implemented.

NDTV spoke to different people to know how they are celebrating Diwali this year, and here’s what they have to say:

Ahead of Diwali, SWaCH, a Pune based waste management cooperative, started helping people in cleaning up their houses by collecting their waste from their respective areas. But, with a Diwali twist! The organisation is re-purposing the waste items collected from various houses, they are distributing the items collected to different people who are in the dire need of it.

SWaCH specialises in waste management services including waste disposal and composting and with this it also encourages people to recycle waste.

From past three weeks we are receiving numerous calls asking us to collect waste from their houses. From furniture to toys to plastic to books and to e-waste, we are collecting anything and everything, says, Aparna Susarla, Director of SWaCH.

On asking about how the collected waste is managed, Aparna says,

Clothes which are in good condition are distributed to people in need and torn clothes are repurposed to make mats. Other waste like furniture, toys, books, are also distributed among people who are rebuilding their houses.

Suchismita, Outreach function head at SWaCH added, “In one month, we have collected over 2000 kg of old used clothes and over 1000 kg of e-waste. This is over and above what members gather from the homes they work in. All the waste has been reused and repurposed.”

On the other hand, 24-year-old, Binish Desai, a social entrepreneur, waste warrior from Gujarat, who has been continuously working in the field of waste management from the age of 11, has come up with a unique idea of celebrating an eco-friendly and greener Diwali. His recent innovation includes eco-friendly lights in eight different models that are majorly made from secondary paper sludge waste. 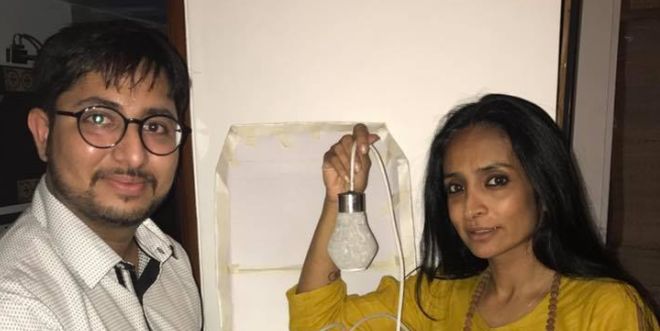 I thought of making lamps and chandelier through waste because I wanted to spread light in the right and green direction ahead of Diwali. No only this, I have also taken an oath to plant a tree with every single sale of my green lights. And, I also plan to launch 2-3 new design of our eco-friendly lights on the day of Diwali, says Binish Desai.

While Varanasi which is one of the holiest cities of India is supporting the cracker ban order and in the light to protect the city from the adverse effects of Air Pollution, the city has implemented few restrictions, especially on firecrackers, like, bursting of firecrackers will not be allowed after 10PM.

Varanasi is a traditional and cultural city and we usually celebrate Diwali in an eco-friendly way. Still, we have imposed some restrictions on firecrackers and are asking people to not burst crackers. Complete ban is not possible until and unless there is an order, but, in our own ways we are trying to protect the city, said Mr. Sunil Verma, District Magistrate, Varanasi.

Mr. Sharma also speak about the awareness campaign organised with the help of HOPE, an NGO, to aware people about how to celebrate Diwali in an eco-friendly way. He adds

Various self-help groups, which mostly have women, are going door-to-door and distributing earthen diyas and candles to people in bid to motivate them to celebrate the festival of lights in a green way.

Even if these warriors are doing their bit for the environment, until, unless each one of us comes together and contribute towards the Swachh India, the dream of Swachh air will not fulfilled. So, do your bit and celebrate Diwali without harming the environment. Pledge to go toxic free and enjoy it the traditional way!