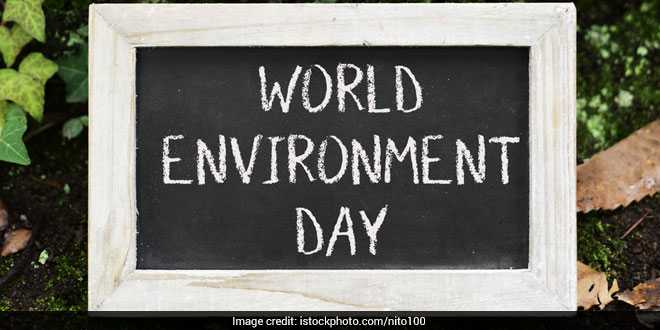 Here are the five things to know the World Environment Day 2018:

This year, India is the global host for the World Environment Day celebration. On 19 February 2018, Dr. Harsh Vardhan, Minister of Environment, Forest and Climate Change, and Erik Solheim, United Nations Under-Secretary-General and Head of UN Environment, jointly signed the ‘Letter of Intent‘ and declared India as the host country.

“Beat Plastic Pollution, if you can reuse it, refuse it”, is the theme for World Environment 2018 that aims to make governments, industry, communities, and individuals come together and explore sustainable alternatives and urgently reduce the production and excessive use of single-use plastic.

Commenting on why India has been chosen as this years’ host, Erik Solheim said, “The country has demonstrated tremendous global leadership on climate change and the need to shift to a low carbon economy, and India will now help galvanize greater action on plastics pollution. It’s a global emergency affecting every aspect of our lives. It’s in the water we drink and the food we eat. It’s destroying our beaches and oceans. India will now be leading the push to save our oceans and planet.”

“India is emerging as a leader; given it has one of the highest recycling rates in the world. It can be instrumental in combating plastic pollution. By hosting World Environment Day 2018, the Indian government is accelerating its leadership on an issue of tremendous magnitude.”

The Story Behind World Environment Day

The Government of India has committed to organising and promoting the World Environment Day celebrations through a series of activities. From pan-Indian plastic clean-up drives in public areas, national reserves and forests to simultaneous beach clean-up activities – India will lead the initiative by setting an example.

As a build-up to the world environment day, the Ministry of Environment, Forest and Climate Change has taken few actions – first, it has banned plastics in all protected areas around the country, and declared them “plastic free zones”. Secondly, 19 teams involving school and college students, and local communities have been formed that will undertake cleaning of 24 beaches and an equal number of polluted riverfronts and lakes across India.

In a statement released recently, the Environment Ministry said that cleaning up of around 24 beaches in nine coastal states and riverfronts in 24 identified polluted stretches in 19 states will be undertaken by the teams from May 15 to June 5. A special cleanliness drive will also be carried out at Yamuna riverfront in Delhi.

Along with this, to spread awareness on proper utilisation of plastic, the ministry will also organise a mini-marathon at Vinay Marg, New Delhi, Bengaluru, Ahmedabad, Gangtok, Bhopal and Bhubaneswar on June 3.

Swachh Survekshan 2018: Maharashtra Is The Second Best Performing State And Gets Top Honours In 9 Categories

Shun Plastic, Click A Selfie And Earn Rewards: Jamshedpur’s New Move To Curb The Use Of Plastic Bags