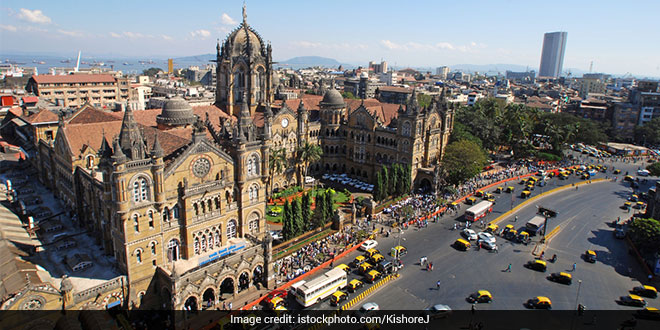 Mumbai: Maharashtra aced the Swachh Survekshan 2018 emerging on top in 9 categories, which is maximum by any state this year. Cities including Greater Mumbai, Navi Mumbai, Nagpur, Panchgani, Bhiwandi, Parbhani, Bhusawal, Saswad and Shrendrajanaghat exceled in different categories, with Mumbai winning the best capital city award. Results of the survey, which the government has described as the world’s largest cleanliness survey, were announced on May 16 by Minister for Housing and Urban Affairs, Hardeep Singh Puri. The cleanliness survey was carried out in 4,203 cities impacting a population of 40 crores.

Here’s a look at the cities that made it to the top honours and how these cities upped their swachhta game and outperformed thousands of cities in India:

Taking many by surprise, one of the most densely populated cities in the country, Mumbai (Greater Mumbai) emerged as the cleanest capital city outperforming Delhi, Chennai and Bengaluru. City’s open defecation free (ODF) status and an improvement in waste management system helped the city in scoring fairly good scores. Measures like ‘no segregation, no garbage pick-up service’, 100 per cent door-to-door collection, making composting mandatory for bulk generators have been adopted.

In last year’s survey, Navi Mumbai, a planned city outside Greater Mumbai, had secured the 29th position. This year it won in the category of the best solid waste management. Almost 90 per cent of the residents practise waste segregation at source and that has led to a reduction in overall waste generation by 50 tonnes.

Both the civic bodies dedicated their respective awards to the efforts of citizens. And both of these cities have pledged to perform even better in the next Swachh Survekshan. While Navi Mumbai will eye for the cleanest city title, Mumbai hopes to feature in the top 10 clean cities of India.

Around 4,000 safai karamcharis are employed by the Nagpur Municipal Corporation (NMC) and despite having a fairly huge workforce, complaints of irregularities in garbage collection were never-ending until last year. Then the NMC resorted to deploying technology to solve the problem. They gave GPS-enabled wrist watches to the workers. These watches not only tracked the work of the employees but also watched out for the health of these workers with features like heartbeat monitoring installed in the watches. This provided a healthy work environment and resulted in workers completing their shift and getting the door-to-door waste collection system back on track. Besides, the civic body also treats 80 per cent of the city’s waste (Nagpur generates 1,200 tonnes of waste per day) scientifically. The dry waste gets recycled and is used as boilers for fuels and wet waste is converted into manure.

Waste water management is also one of the practices which has benefited the city economically and improved its cleanliness quotient in 2017. The sewage released from households gets purified in a water filter plant. The recycled water is sold to the Maharashtra State Power Generation Company. Last year, the NMC earned a profit of Rs. 1,500 crore from recycling waste water.

Bhusawal: From Being The Second Dirtiest Jalgaon To Now Being India’s Fastest Mover City

Bhusawal is a city and a municipal council in Jalgaon district in Maharashtra. The total population of Bhusawal is 2,04,016. The city was ranked on the 433rd position in the list of Swachh Survekshan 2017. The title of ‘Fastest Mover City’ with population between one to three lakhs only goes to show that it is never too late and there is a room of improvement for everyone.

I am very happy that we were declared as the second dirtiest city as it gave us a reality check about poor state of cleanliness and sanitation. Thus, this year we decided that we would tackle each parameter at a time and increase our overall sanitation, Nitin Lunge, Water Supply Official, Bhusawal Municipal Council tells NDTV.

From having no bins, no garbage collection vehicles, high open defecation instances, rampant dumping of waste in open to now having over 100 large bins, sending only 30 per cent of the waste generated to landfill, acquiring the open defecation free (ODF) status and making the city greener with manure produced from wet garbage, Bhusawal makes for an excellent case study under Swachh Bharat Abhiyan.

Also known as ‘Switzerland of India’, Panchgani was once infamous for having 21 spots dedicated for open dumping. Determined to eliminate each of the ‘kachra points’, the Panchgani Municipal Corporation undertook a massive drive to convert them into beautiful green spots. Once the city didn’t have any open dumping spots, the residents were forced to manage their own waste and it was then that the municipal corporation adopted a basic rule – No segregation, no waste collection. Fear of waste accumulating for days and making the environment unhealthy, led every household in the city to segregate dry and wet waste. Today, the town is converting all of its wet waste into electricity and compost.

The open defecation free city was recently awarded with a title of having the best municipal council in Maharashtra.

“I am very proud that my town Panchgani has been selected as one of the cleanest towns in India, winning three district honours: Open defecation free city, Swachh city and Best Municipal Council in the state. My gratitude to the local leadership, administration, and my fellow citizens for these achievements. Congratulations,” actor Amir Khan had tweeted in February.

Other Cities Of Maharashtra That Did Well In Swachh Survekshan 2018

Bhiwandi city, located near the Mumbai region, was also given the title of ‘Fastest Mover City’ in the Medium size city category. The open defecation free region hopes to achieve 100 per cent waste segregation by end of this year, Dr Sunil Bhalerao, Sanitary Inspector, Bhiwandi Municipal Corporation told NDTV. At present, 60 per cent of the residents segregate waste which is a huge figure considering that the waste segregation drive was initiated in Bhiwandi only a couple of months ago.

The town of Saswad was also given the award for city in Innovation and Best practices (population 1 to 3 lakhs) award.

Maharashtra’s sanitation quotient increased significantly in the last few months, with its urban and rural areas turning open defecation free in October 2017 and April 2018 respectively. In terms of waste management, many regions in the state like Mumbai, Nagpur, Osmanabad, Solapur, Pune have shown tremendous potential in curbing waste generation by a simple act segregating dry and wet waste.

World Environment Day 2018: What Does It Take To #BeatPlasticPollution? Actor Dia Mirza Explains

World Environment Day 2018: 5 Things To Know About This Year’s Celebrations On June 5