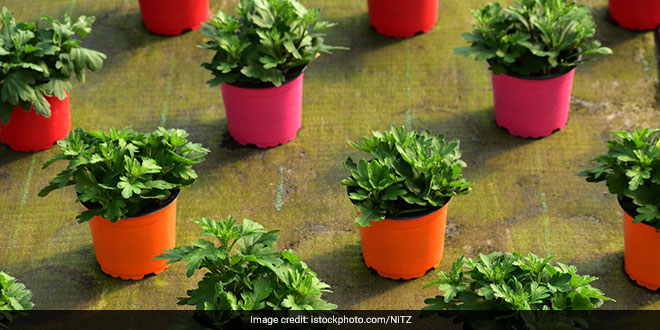 New Delhi: ‘We can’t stop breathing, but we can do something about the quality of air that we breathe,’ keeping this message of Air Pollution in mind for the World Environment Day, Noida Authority has decided to celebrate June 5 in its own unique way. The authority has decided to distribute eco-friendly plant with pots made using cow-dung to people of the city and has also appealed Noida-ites to gather and form a human chain and take the pledge to do their bit for the environment.

Explaining the initiative, an official from the authority said,

We are gearing up for World Environment Day’s awareness drive in a big way. Improving the environment of Noida is the biggest challenge for us and our topmost priority. This year we will focus on large scale plantation and conduct awareness drive among the citizens of Noida.

The city has numerous gaushalas (cow shelters) but the problem is that none of these shelters have an effective way of treating surplus cow dung which is many times left carelessly in the open areas thereby producing numerous greenhouse gases and as a result causing air pollution. The Authority thought of doing something for the environment day and that is when the idea struck to make nursery pots using cow dung. Doing this, we will achieve the dual purpose – firstly, this will help in treating and recycling cow dung and will also help to reduce plastic packaging in the nursery, secondly, it will also spread the message of greenery and cleaner air.

The authority has planned this event at Sector 137 metro station from 9 am. The venue has been specially chosen to highlight the wetland being restored and developed by the Noida Authority in the same sector. “Wetlands are not only vital for recharging groundwater but also vital for restoring the ecological balance of the region. The wetland will be restored before the monsoons to achieve maximum benefit and is expected to attract wetland flora and fauna,” Mr Tandon added.

Additionally, he also highlighted that the new sectors in Noida such as sector 91, 93, 137 in the near future be referred to as the “Lungs of Noida”. So, keeping goals of the authority in mind, this initiative has been planned.