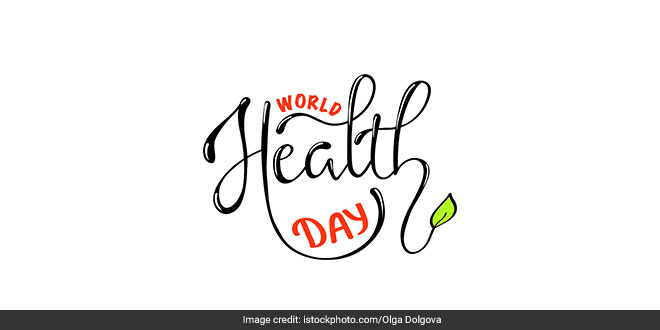 New Delhi: April 7 that marks the beginning of World Health Organisation (WHO) with its constitution coming into effect is celebrated as the World Health Day. The day aims at drawing everyone’s attention towards global health. In 1948, the WHO organised the first World Health Assembly and concluded to observe April 7 as World Health Day every year with effect from 1950. Since then, each year, the day is marked with a unique theme and varied activities are organised across the globe around the same theme. This year the theme is ‘Universal health coverage: everyone, everywhere’.

Also Read: How Not Having Access To Safe Sanitation And Hygiene Is Killing Millions In India

The theme implies all individuals and communities should get health services without any financial crunch. Universal health coverage ensures that health services provided are of a quality that improves the health of a person seeking those.

Also Read: World Health Day: In Inefficient Management Of Waste Is A Cause of Deadly Diseases

2. According to National Health Profile 2018, India’s per capita public spending on health is low (1.02 per cent of GDP) as compared to countries that have either Universal Health Coverage or moving towards it. Sri Lanka spends about four times as much as India per capita on health, and Indonesia more than twice.

3. At least half of the world’s population still does not have full coverage of essential health services.

5. About 100 million people are being pushed into extreme poverty (defined as living on Rs. 130.82 or less a day) because of their expenditure on health care.

Also Read: How Clean Water, Sanitation and Awareness About Hygiene Can Save Lives Of Children In India