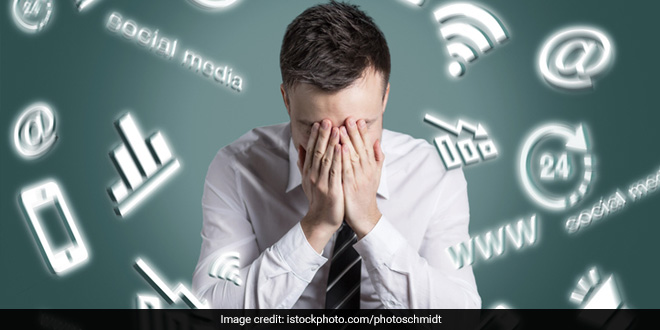 New Delhi: While trauma, breakup and bereavement can send anyone into a downward spiral of depression, nowadays social media is also posing an increased risk for mental illness, contributing to depression, anxiety, or other internalising problems. Often we get to hear either from the news or social media platforms itself about devastating cyberbullying incidents, pushing users to take fatal steps as they fail to cope up with it. A 17-year-old high school student has been diagnosed with clinical depression due to constant bully from her peer group on the internet. She had been lucky to have parents who are well informed about signs of depression and provided her with the necessary help.

During the very crucial stage of my career, I am trapped in a condition called ‘clinical depression’. Social media is a place where people are constantly mean, especially teenagers, the teenage girl said.

Since everyone easily becomes judge here my classmates started bullying me on Instagram over a small incident. I never understood when the problem became so worse that it deteriorated my physical health. I began to faint now and then. My mother decoded a few more symptoms and straightway planned to provide professional help to me.

Social media by itself is not harmful to health, however, how the person uses and perceives the role of social media in their life is important to look at suggested, a psychiatrist from Aster CMI Hospital, Dr. Divya Shree said.

Social media need not necessarily be harmful to mental health and many people find it as a positive tool to help maintain connections, communicate or even as a platform to express them, which is good for their mental health, Dr Divya said.

However, continuously scrolling Facebook while waiting in the grocery line or posting photos on Instagram on an outing does cause long-lasting problems. Experts claim that there are many drawbacks to being too active on social media. So, it’s essential to limit your screen time.

According to Dr Preeti Singh, a psychologist from Paras Hospital based in Delhi, people should “minimise their screen time to 45 minutes to one hour a day but that too not in continuation”.

Each one of us is capable of making choices to deal with our mental stress by limiting ourselves to social media. Belittle strict to yourself and try to fix a time for social media. Still, if you’re unable to overcome the temptation and you being restless then seek help from a professional Clinical psychologist or/and Psychiatrist, Dr Preeti Singh said.

Though social media is a tool to stay connected with friends, let’s take a pledge on this World Mental Health Day to use it sparingly as a stress-buster and not get caught in the trap of the virtual world.