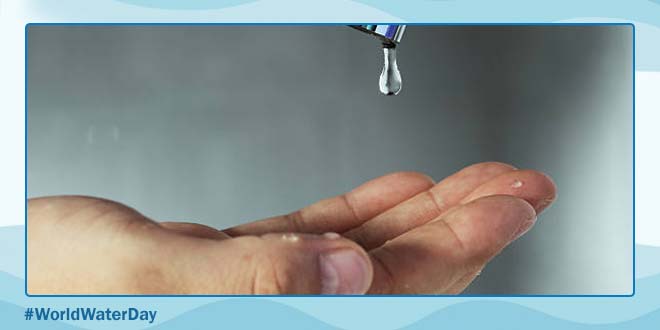 New Delhi: Can we run out of water? If we go by the crisis facing Cape Town in South Africa, which is likely to run dry by June 2018, then the water crisis is for real and cannot be ignored. According to 2014 United Nations backed study of 11 cities, Bengaluru is the second city in the world which may run out of water by 2019. Many countries around the world are taking some major steps to tackle pollution and overuse of water resources, to avert a crisis. According to 1951 census, the per capita availability of water was 5177 cubic meters which according to 2011 census has come down to 1545 cubic meters. India is already a water stressed country and with each passing day, the crisis in increasing. Here is what India can learn from example of these five countries.

China, the most populous nation in the world has invested $131 billion (Rs. 64,000 crore) in 2017 alone towards large scale water conservation projects. Since 2013, the country has invested about $406.8 billion to finance water conservation projects. In the year 2014, the state council decided to build 172 major water conservation projects in seven years and so far 122 of them are either under construction or functional. In order to minimise the dependency on groundwater, the country has identified several sites to build large storage containers and practice rainwater harvesting. Focused at increasing the water efficiency of China’s agriculture, the North China Plain Water Conservation Project was initiated. The project includes irrigation and drainage works, wells and sprinklers, capacity building for water and soil conservation. Since the implementation of the plan, agricultural productivity in the area has risen by 60-80 per cent per unit of water. Also, groundwater depletion has been reduced to negligible levels.

2. Israel’s Water Management Has Made Its Agriculture Less Dependent On Rain Or Freshwater Sources

Translating the concept of water conservation, into reality, Israel practices the 3Rs – reduce, reuse and recycle. The country makes use of drip irrigation, desalination process, reuse of treated sewage for farming to cut down dependence on groundwater and lakes. The country recycles 85 per cent of waste water and it is estimated that by 2020, 50 per cent of the country’s agricultural needs will be met with recycled water. Instead of flooding the fields with humongous amount of water, drip irrigation is deployed where water is targeted directly onto the plant’s roots. On an average, drip irrigation saves 25-75 per cent of water usage. For the desalination process which includes extracting salt from the water, the country has constructed desalination plants along Israel’s Mediterranean coast. Desalination plants can provide some 600 million cubic meters (785 million cubic yards) of water a year, and more are on the way.

United Kingdom has wet summers and winters, but despite this some parts of UK face water crisis. UK is making use of Smart Water Metering Technology, to enable citizens to monitor their water usage online. Through these smart water meters, an individual can not only monitor the amount of water used by, but also get specific information on where the water was used. It allows households to get a better picture of their water usage and in turn encourages them to conserve water, make use of water saving technologies, install water efficient appliances and generally adopt good practices. In addition to this, it also helps users by highlighting any leakages and other sources of water wastage.

From battling drought to floods, Singapore, which has no original source of water, has managed it all on its own. Having little land to collect and store water motivated Singapore to come up with other viable solutions. To overcome the problem of land, Singapore developed two separate systems to collect rainwater and used water. Rainwater is collected through a network of drains, canals, rivers, reservoirs and then it is treated for drinking water supply. Apart from this, to manage water, the country adopted desalination and came up with NEWater Project. NEWater is water produced from treated used water, which is further purified using advanced technologies and ultra-violent disinfection, making it clean and safe to drink. Singapore’s per capita domestic water consumption has been brought down from 165 litres per day in 2003 to 151 litres in 2015 and the country further plans to bring it down to 147 litres by 2020 and 140 litres by 2030. To cut down the consumption, the government looks at expanding capacities on water supply, used water management and drainage against the challenges of urbanisation and climate change.

5. Tanzania Educates People On Water Conservation And Brings In A Change

Measures to conserve water will work only when people are well aware about the initiatives and the need for such steps and Tanzania, one of the poorest countries in East Africa proves it as well. In the mid-90s, water crisis in Tanzania reached severe levels. To improve the situation, the government started educating people through various campaigns on why it is important to conserve water and how one can do that. Tanzania didn’t manage to overcome its water crisis completely, but managed to make the campaign a mass movement. Now, the citizens are mindful of their water consumption. According to the experts, water production has dropped from 60 million litres per day to 48 million litres.

World Water Day 2018: Here’s What You Need To Know