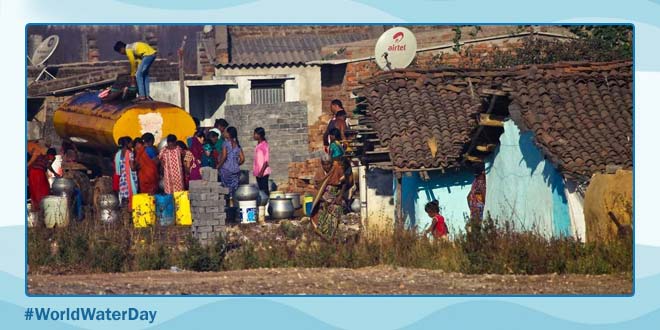 New Delhi: Water can no longer be taken for granted as an inexhaustible resource. There is a crisis looming large and everyone needs to be mindful of it. The United Nations estimates that 2.1 billion people, or 28% of the global population lacks access to safe water and the number is likely to increase with climate change, global conflicts and drying up of water resources. Water scarcity in India is an issue of concern as an estimated 63 million people presently do not have access to clean water.

The consensus reached by water experts and international bodies working on water scarcity is that water is often not considered as an exhaustible resource, which results in its vast exploitation across industrial and domestic sectors. Cape Town, which is on the verge of running out of water by June 2018 has reached a crisis point today because despite the gradual drying up of natural water bodies around the city because of drought and overuse, consumption levels remained constant, gradually pushing the city towards an irrecoverable state. Sao Paulo, Beijing, Cairo and Mexico City are some of the other cities in the world facing immense water crisis.

India’s Bengaluru ranks 2nd in the world among cities which may soon run out of water and water scarcity may soon hit cities like Delhi, Mumbai and Chennai, where overdependence on groundwater has nearly depleted resources. It is time India learns from the ongoing global water crisis and takes adequate steps to address water scarcity issues before the situation takes a turn for the worse, said Makarand Purohit of India Water Portal.

Be it groundwater or water bodies, excessive usage will inevitably lead to exhaustion as has happened in the case of Cape Town and closer home, Bengaluru. 395 billion cubic metres of groundwater is available in India, the usage of which has gone up to 66 per cent in 2015 from 58 per cent in 2004, and water experts are concerned about. India’s groundwater usage is expected to reach nearly 75 per cent in 2025, an alarming number. To avoid a Cape Town like situation, urban spaces must reduce their dependency on water sources and invest more in water recycling and rainwater harvesting. 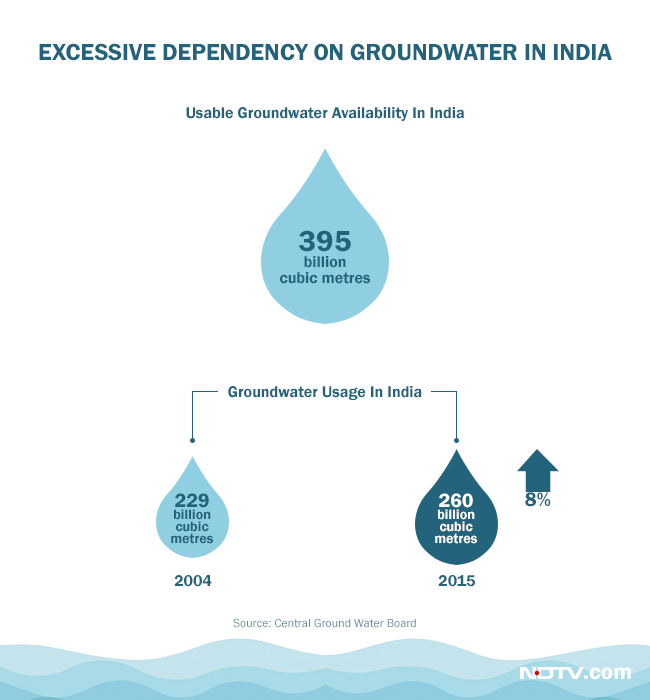 Tubewells, borewells, water extracting motors etc. have been the bane of groundwater resources and their usage must be decreased to preserve whatever little we have left of groundwater. Recycled water is perfectly usable for industrial purposes and usage of recycled water for commercial purposes can easily lessen dependency on groundwater, said Suresh Rohilla, Director of Water Conservation Projects, Centre for Science and Environment. 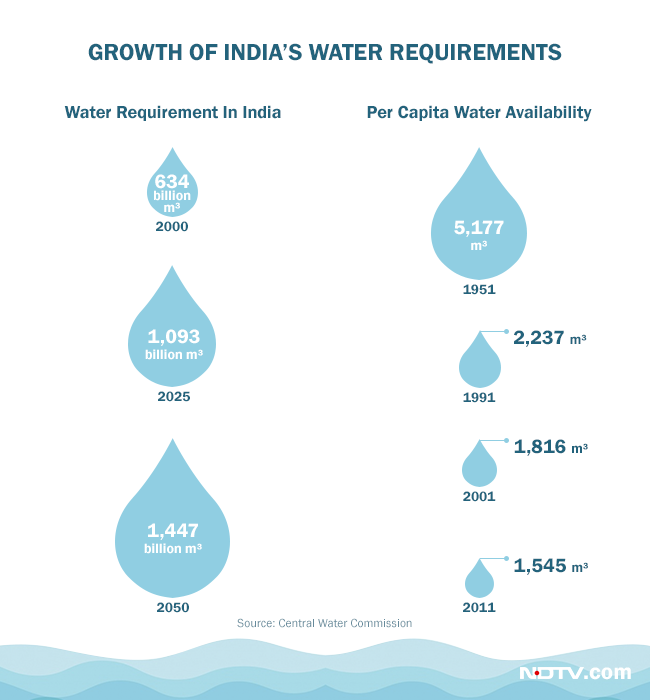 Sierra Leone, a West African country used to be one of the world’s worst water scarce countries till 2010, with people paying exorbitant amounts for as low as 10 litres of water per capita daily. Since 2011, rainwater harvesting has become widespread in Sierra Leone, and currently nearly 40 per cent of the country’s area is covered by rainwater harvesting systems in scales large and small. Rainwater harvesting serves multiple purposes, including using the water for irrigation, a large concern in India as water from the ground and rivers, lakes is extensively used to water crops. India can learn from the likes of Singapore, Thailand, Japan, Indonesia and closer home, neighbour Bangladesh to harvest rainwater successfully.

In 2013, World Water Council corroborated reports for its study on the relationship between urbanisation and water crisis. Findings showed that unplanned urbanisation, especially in developing economies has had devastating effects on water levels. In India, rapid expansion of cities like Bengaluru, Delhi, Mumbai and the depleting levels of groundwater, along with pollution of adjoining rivers is a stark example of how urbanisation affects water. Not allowing commercial or residential establishments to operate within a certain parameter from a water body is a step that must be considered in India if the country’s water crisis is to be addressed seriously.

Given India’s population of 1.2 billion and volume of water usage of nearly 1,000 billion cubic metres in 2013, the gravity of the water crisis is on a bigger scale, compared to smaller countries. It must also be kept in mind that pan India water conservation projects will cost significantly, so sufficient budgetary allocations need to be made for water conservation. The Rs 20,000 crore allocation for the Namami Gange programme, which aims to clean the river Ganga and restore its flow is an example of a significant allocation towards a large scale water conservation project. Similar projects must be undertaken for other waterbodies and groundwater in India to tackle the water crisis. China has invested $131 billion (Rs 64,000 crore) in 2017 alone towards large scale water conservation projects. The country has identified several sites where large storage containers will be built and rainwater will be stored to minimise dependency on groundwater. In Brazil, the citizens have been actively encouraged by the government to ration water. Water drawn from reservoirs has also been reduced by 22% by the government, so that the gap between consumption and the filling of reservoirs can be shortened.

One Namami Gange cannot make a difference required to address the water problems of the country. The groundwater issue must be taken on priority by the government and significant money poured in to gradually replenish groundwater, said S.K Srivastava, Chief Engineer, Central Water Commission.

In Tanzania, one of the poorest countries in East Africa, water crisis had reached enormous levels in mid 90s. To make the situation better, the government launched a campaign to encourage water conservation and educated people on how to conserve water and reduce wastage. By 2010, the country had begun to harvest almost 50 per cent of its rainwater. This is a prime example that economic stability need not be the only benchmark to conserve water. Creating awareness among people, especially ensuring they understand that water is not an unending resource, is highly important to make water conservation a mass movement.

Just Like Cape Town, Bengaluru May Soon Run Out Of Water: Study