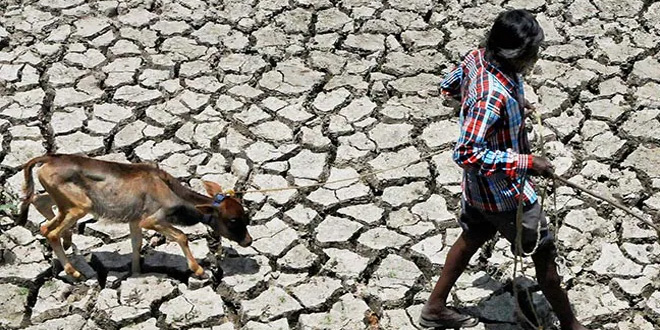 The vulnerable members of the population and those with physical, outdoor jobs are at greater risk of adverse health effects of temperature rise, as per reserachers

London: One billion people across the world could be affected by extreme heat stress – a potentially fatal combination of heat and humidity – if the global temperature reaches the 2 degrees Celsius threshold, a new scientific report released on Tuesday (November 9) by the UK Meteorological Office warned. “At the new temperature – according to new figures and a map from the Met Office – the number of people living in areas affected by extreme heat stress rises from 68 million today to around one billion,” the study said, adding that the 4.0 degrees Celsius rise could see nearly half of the world’s population living in areas potentially affected.

The experts, who based their findings on data from an international team led by the University of Exeter, said that tropical countries like Brazil and Ethiopia will be the worst affected.

This new combined analysis shows the urgency of limiting global warming to well below 2.0 degrees Celsius. The higher the level of warming, the more severe and widespread the risks to people’s lives, but it is still possible to avoid these higher risks if we act now, project leader and climate scientist Richard Betts of the Meteorological Office and the University of Exeter was quoted as saying.

Human heat stress risk depends on both temperature and humidity, and is indicated using the wet bulb temperature, which was limited at 32 degrees by the scientists conducting the research.

At this level, vulnerable members of the population, and those with physical, outdoor jobs are at greater risk of adverse health effects, they warned.

The report from the UK Meteorological Office comes as the UN Conference on Climate Change (COP26) running in Glasgow, Scotland, from October 31 till November 12 is expected to reach meaningful commitments to cut greenhouse emissions, achieve carbon neutrality and limit global warming to 1.5 degrees.