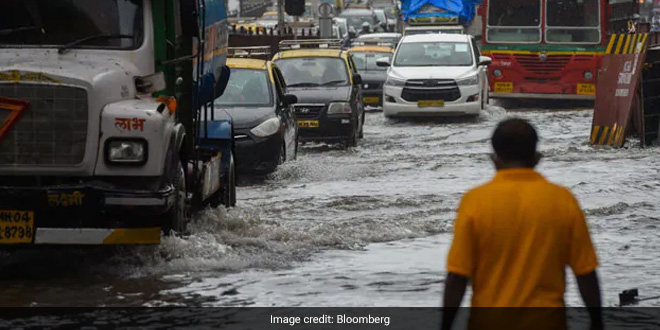 The direness of the situation is reflected in recent research that shows that fulfilling the US $100 billion promise of climate finance, would now be insufficient to address the climate impacts and transition into a low-carbon economy. This is when the aforesaid promise not only, remains unfulfilled, but also, has been delayed to 2023. Within the tracked climate finance flows, adaptation costs have outpaced growth by a large margin. While 2019/20 saw an increase of over 50 per cent in adaptation finance when compared to 2017/18, it failed to touch US $50 billion mark. For context, mitigation finance reached US $571 billion in 2019/20, accounting for 90 per cent of the tracked climate finance.

This stark difference between flows to mitigation and adaptation finance demonstrate how adaptation finance has been trickling very slowly through the climate finance funnel. The funnel further narrows when it comes to adaptation finance for developing countries, like India, where a single cyclone in 2020, affected 13 million people and caused over US $13 billion in damages. This devastating event is sadly, not a one-off. Enduring and persistent climate change is transforming the fabric of India, and similar geographies. United Nations Conference on Trade and Development (UNCTAD) estimates indicate that annual climate adaptation costs in developing countries could reach US $300 billion in 2030 and, if mitigation targets are breached, the costs could be as much as US $500 billion by 2050. This makes it amply clear that there is a need to shift focus towards financing adaptation strategies, at speed and on priority.

Capital mobilization for adaptation needs to come from both public and private sector. Currently, public sector accounts for ~97 per cent of the tracked adaptation finance, but the private sector must not ignore the opportunities that emerge, according to Climate Policy Initiative. The International Monetary Fund (IMF) writes that every US $1 invested in adaptation could yield up to US $10 in net economic benefits. While there is certainly a need to develop a common, unified definition or framework that focuses on ‘risk-return-impact’, policy impetus towards sectors and projects aligned with resilience and adaptation, such as new resilient infrastructure, ecosystem-based adaptation, would help unlock capital. Facilitating this mobilization and at the scale required would also require enabling legislation and market facilitation to attract private capital.

The recommendations that would strengthen the case for adaptation finance in India are as follows:

The National Bank for Financing Infrastructure and Development (NaBFID) is set with both financial and developmental objectives. While financial objectives will look at lending, investing, or attracting investments directly or indirectly for infrastructure projects, the developmental objectives include facilitating the development of the bonds market for infrastructure financing. It also includes providing consultancy services in infrastructure financing. This serves as a big opportunity of adaptation finance. For example, a dedicated outlay towards nature-based infrastructure solutions would make for more resilient and lower-cost interventions for climate change adaptation. Moreover, this sovereign-backed DFI could also use credit enhancements and related mechanisms to mitigate risks specific to adaptation, such as identification and quantification of measures that qualify as adaptation measures.

Inclusion Of Nature-Based Solutions As A Category Under Infrastructure Financing

Adaptation strategies, such as nature-based solutions are currently underused but are key to climate adaptation. These low-cost, low input interventions work with nature to enable adaptation to climate impacts. A special focus on nature-based solutions would also lead to better and more sustainable management and restoration of natural ecosystems. Carving out a specific category for such infrastructure solutions in various public financing instruments, such as infrastructure debt funds would help steer capital towards adaptation initiatives and build both, greater infrastructural and climate resilience.

Marked by innovative structuring that mitigates risks, innovative financing has been instrumental in financing adaptation strategies in geographies similar to India. For example, in Africa and Latin America, microfinance is being leveraged to finance ecosystem-based adaptation. Microfinance institutions are well-placed to promote adaptation practices since they cater to some of the most vulnerable populations, especially in India, which has the largest microcredit clientele in the world. Farmers are offered subsidised loans in expected climate benefits gained by local adaptation measures. Such innovative mechanisms not only incentivise and enhance resilience-building among populations most affected by climate impacts, but also align well with the NDCs.

One of the most powerful policy route for India would be to develop a sustainable finance taxonomy to unlock opportunities for both strengthening climate risk assessment and scaling adaptation finance in the Indian financial system. Green investments, such as the one announced by the British government would be implemented with greater ease with a taxonomy in place. A taxonomy and a unified framework, would also provide greater clarity in terms of defining sectors aligned with adaptation. Market standardisation that would be brought in by a taxonomy would also add immense value to the financial system.

In essence, earmarking financing, tracking and assessment of impact of current investments in achieving adaptation goals need to be the way forward. Given the intensifying climate impacts, adaptation finance needs to be scaled to build resilience. There are no two ways about it.