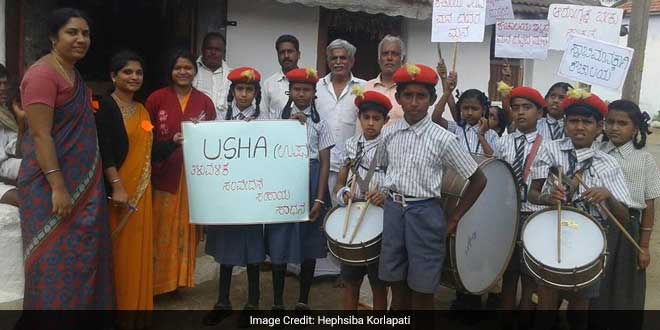 Until a few months ago, Ramapura village in Karnataka’s Chamrajnagar district had just 80 households with functional toilets. The remaining 420 houses had no toilets and villagers used to defecate in the open. Sanitation aside, the village was marred by problems of. Today, not only do more than 300 houses have proper toilets, the villagers have become more aware about often ignored issues of menstrual hygiene and are sending more girls to school than before. All of this was the result of an 11-year-old’s resolution to end open defecation in her village. Moreover, what started as a fight for toilets has grown to tackle issues of child marriage, malnutrition and teenage pregnancies that were endemic to the village. 11-year old Suchitra’s determination saw the launch of a campaign by the district officials in which the interconnected issues of sanitation, menstrual hygiene and literacy were addressed.

It all started when Suchitra noticed that many of her classmates used to go to school early in the morning, way before school opened, just to be able to use the toilets. 84 per cent of the village households did not have a functioning toilet, so the school was the only place where these young girls could access toilets. Though Suchitra’s home had a functional toilet, seeing girls of her age rush to school every day just to use the toilet had a lasting impact on her.

Suchitra met the CEO of Chamrajnagar Zilla Panchayat, Hephsiba Korlapati. Suchitra’s grievances triggered a larger discussion on the issues of sanitation, hygiene and female literacy in all the 480 villages in the district. It was then that district officials decided to launch the USHA campaign, to ensure that no girl child in the district was devoid of access to sanitation facilities, menstrual hygiene and education.

When I met and discussed the issues of sanitation with district officials, several connected issues such as menstrual hygiene and illiteracy in the district came up. The campaign was launched to address all of these issues together because each of these affect the other and by focusing on all of them together, we could address the core problems girls in the district faced, said Hephsiba Korlapati, CEO, Chamrajnagar Zilla Panchayat.

The campaign, an acronym for ‘Understand, Sensitize, Help and Achieve,’ was launched on November 25, 2016 on the occasion of International Day for Elimination of Violence against women to mark a new beginning towards the district’s development. 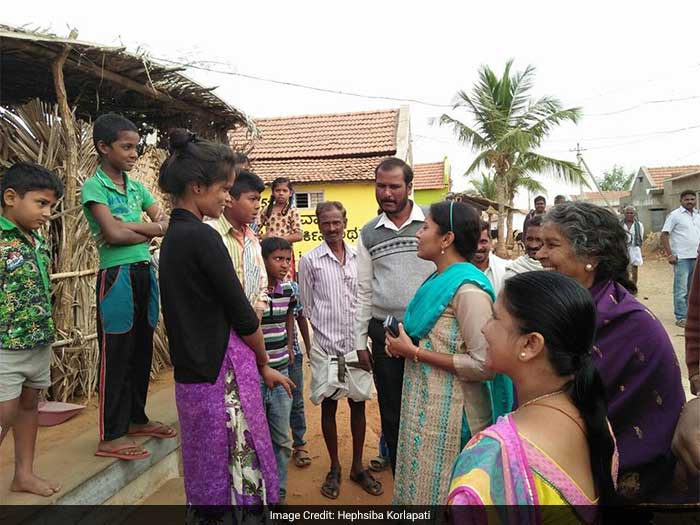 District officials talking to villagers during the campaign

The district administration began touring the district to spread awareness on the issues of sanitation, menstruation and illiteracy and how each of these were important parameters towards overall development of the district’s female population. They conducted a 3-day program to educate villagers about the link between personal hygiene and sanitation and the importance of having household toilets. District officials also distributed sanitary pads to school students and encouraged school officials to have a continuous supply of sanitary napkins in schools.
The campaign reached out to nearly 400,000 people across the district. During the training period, district officials also showcased methods of toilet construction and motivated the villagers to begin constructing pit toilets in their households.

The campaign to build toilets was initially faced with some resistance by villagers. The administration realised that the lack of willingness stemmed out of poverty and the region being a drought prone one. The villagers, most whom are dependent on agriculture, did not want to spend a large amount of money constructing toilets. It was only when villagers were assured that they would receive the centrally allocated Rs 12,000 per toilet built, that they relented.

Despite her age, Suchitra also accompanied district officials in the door-to-door campaign and convinced many families to build toilets. Soon the movement gathered momentum, with villagers getting raw material from the nearest towns to begin constructing toilets. The entire operation was constantly monitored and guided by district officials and USHA workers. 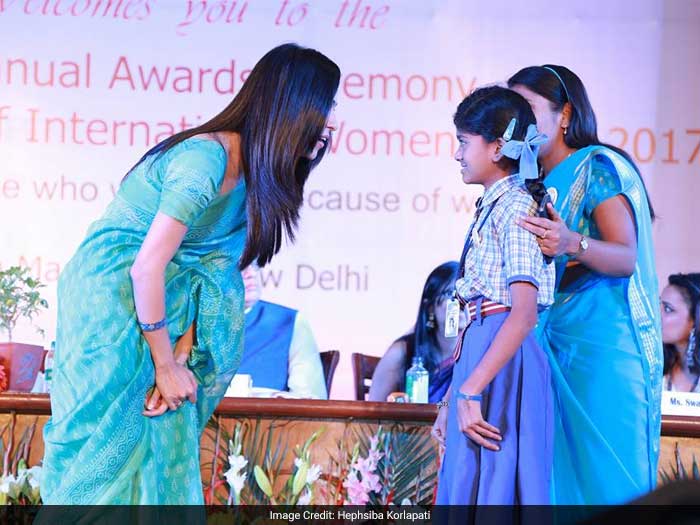 Suchitra being awarded by the Delhi Commission For Women

The campaign has been largely successful, but far from over. The hallmark of this campaign was its holistic nature, with focus on not just toilets but also menstrual hygiene and literacy. An initiative to construct 9,000 more toilets was undertaken in January 2017 and is expected to be completed by the end of April 2017.

The campaign has fulfilled its purpose of both constructing toilets and addressing the issue of menstrual hygiene, and how both are interconnected. The construction of toilets is going on at a rapid pace and we plan to declare the entire district open defecation free very soon, while we continue working towards better menstrual hygiene and literacy rate in the district, said Mrs. Korlapati.

Also Read: This Village Had No Clean Drinking Water, Toilets For Nearly Half A Century

Why Untreated Sewage Continues To Be Dumped Into The Yamuna