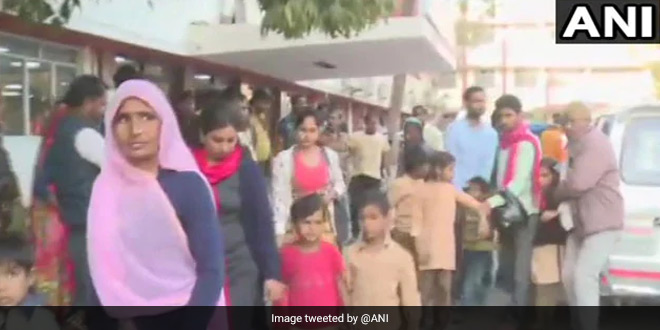 Ajmer: Seventeen students of a government school in Ajmer district of Rajasthan have been hospitalised after consuming milk served during the mid-day meal on Saturday. The students from Arjun Pura Khalsa School were hospitalised after they complained of nausea, diarrhoea, vomiting and stomach cramps. Their condition is stable now.

Seventeen children were rushed to the hospital but they are stable now. The Food Safety Officer was sent to take the food samples of the meal. The medical team is present at the location. A total of 80 students are being screened. Further probe is on.

The incidents created a social media furore and many users of the micro-blogging site Twitter expressed their anger. A user wrote,

Menstruation In India: To Break The Taboo, Menstruating Women In Delhi Hosted A Lunch Event

Save The Date! Delhi’s Menstruating Women Invite You To Have A ‘Period Feast’ On Sunday