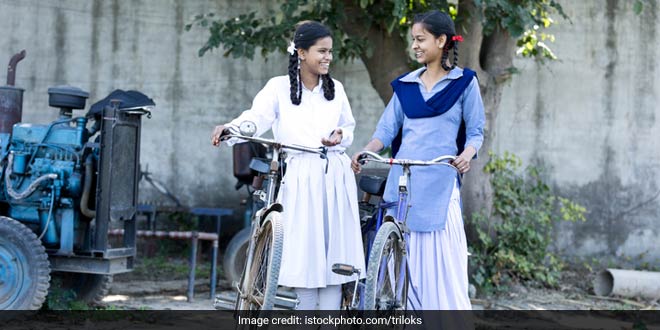 New Delhi: Cities are picking up the concept of bicycle sharing following the success of such a project in Bhopal under the Centre’s Smart City Mission for last mile connectivity and to fight pollution and congestion, a senior official said.

“Bhopal’s public bike sharing programme is setting a new trend in India. Bhopal’s concept is bringing back the bicycle as an alternate to private motor vehicle, not only contributing to user’s health but to the environment”, the Housing and Urban Affairs Ministry official added.

He said there are around 30 similar programmes being undertaken cross the country under the Smart City Mission, out of which about 20 are in various stages of finalising detailed project report.

In June, Bhopal had launched the nation’s first completely automated bicycle sharing programme with a fleet of around 500 bicycles.

It comprised 12 km of dedicated bicycle tracks around 50 locations within the city where bicycles are placed and from where the customer can hire a bicycle using a phone app, which allows the users to register themselves, select a plan and pay for the same.

The programme, costing about Rs. 7 crore, has been rolled out on a public private partnership model. Around Rs. 3 crore was financed through the Smart City Mission’s funds and the rest by a private company, the official said.

As part of this completely automated system, users can pick up a cycle from any of the stations and deposit it at any another station after use.

Over 25,000 bikers are already registered with the programme and one new registration takes place every 5 minutes, the official added.

It has shown that not only bike sharing is possible in India but also that it can be fully automated and profitably run with minimum human intervention, he added.

Launched on June 25, 2015, the Smart City Mission aims to develop 100 smart cities across the country in a five-year period. The government has earmarked Rs 48,000 crore for the development of these cities.

Each selected city will be given Rs 500 crore over a period of five years by the Centre with the respective states expected to make the matching contribution.

Recently, Vice President M Venkaiah Naidu had pitched for promoting non-motorised transport infrastructure for walking and using bicycles which will not only act as the last mile connectivity for a well-established public transport system but also help in promoting health.

Vice President Naidu, the former housing and urban affairs minister, had said the future of the transportation lies in sustainable smart mobility and eco-friendly alternatives.

Also Read: Goa Takes A Step Towards Air Pollution, Plans To Encourage Use Of Bicycles