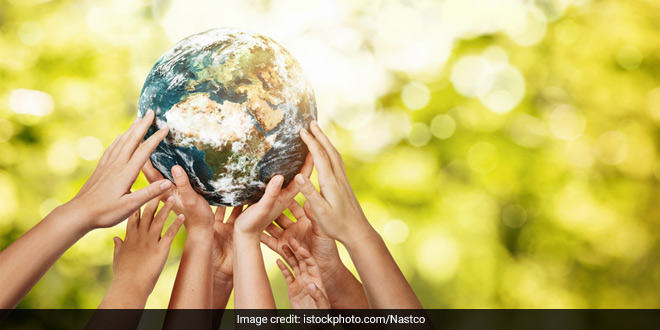 New Delhi: Ahead of COP26 UN Climate Change Conference in Glasgow, United Kingdom, starting from October 31, Maharashtra’s Environment Minister Aaditya Thackeray announced that all 43 major cities and urban clusters in Maharashtra have joined United Nation’s “Race to Zero” campaign and have pledged to go net-zero by 2050. Net Zero refers to a state in which the greenhouse gases going into the atmosphere are balanced by removal out of the atmosphere. According to the minister, Maharashtra has the highest number of cities from any state in India joining the “Race to Zero”. Informing the netizens about the initiative, Mr Thackeray took to his social media to share glimpses of the workshop in which Maharashtra’s 43 cities participated. He said,

Cities should lead the way in climate change mitigation and adaptation. Today Municipal Commissioners of 43 cities of Maharashtra participated in a workshop with @MahaEnvCC & @c40cities to speed up our Race to Zero efforts. These 43 hold a population of about 65 million people.

Cities should lead the way in climate change mitigation and adaptation. Today Municipal Commissioners of 43 cities of Maharastra participated in a workshop with @MahaEnvCC & @c40cities to speed up our Race to Zero efforts. These 43 hold a population of about 65 million people pic.twitter.com/h5X8vOZJwe

Speaking to NDTV, he further said, “This number is probably the size of a big European country. Looking at COP26 (Conference of the Parties). This is perhaps one of the biggest contributions for a sub-national government.”

Highlighting why more cities should be involved with such commitments, he added,

Cities are the solution to addressing climate change. Cities should, would and could lead the way forward towards a zero net pathway. The movement needs to begin from our homes and every little movement can lead to the creation of a larger impact. With every step we should move towards achieving our climate change goals, and together each city can create a greater impact throughout the country.

Earlier, speaking at Climate Week NYC 2021, Mr Thackeray said that there was a need for green financing to come into a country like India, as an industrial powerhouse with 1.3 billion people, if we have to move ahead, we need to quickly transition to a green zone. He said,

We need to quickly transition from what we are today into something that is really climate friendly. And if we have to do that, we need to look around the world bring in the best of ideas, the best of innovation and the best of climate financing to support these ideas.

A Look At “Race To Zero” Initiative & What It Means

United Nations Framework Convention on Climate Change (UNFCCC) also adds that the objective is to build momentum around the shift to a decarbonized economy ahead of COP26, where governments must strengthen their contributions to the Paris Agreement (wherein the member countries agreed to work together to ‘limit global warming to well below 2, preferably to 1.5 degrees Celsius, compared to pre-industrial levels).

The United Nations has been organising global climate summits – called COP – which stands for ‘Conference of the Parties’ since 1995. It has been signed by parties from more than 190 countries. The 2021 meeting will be the 26th annual summit, which is why it’s called COP26.

This year, the agenda of COP26 is:
– Secure global net zero by mid-century and keep 1.5 degrees within reach
– Adapt to protect communities and natural habitats
– Mobilise finance and deliver on the first two goals
– Work together to deliver changes in ground and fight climate crisis

Covid Pandemic Showed How Technology Can Be Game-Changer: AIIMS Director