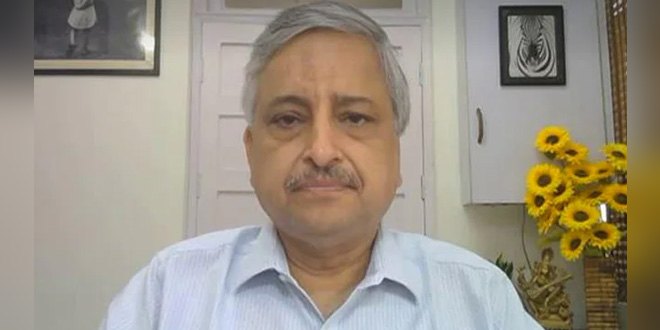 New Delhi: The COVID-19 pandemic has showed the importance of technology and how if used properly can be a game-changer in the country where there is a big issue of resources and manpower crunch as far as the health sector is concerned, AIIMS Director Dr Randeep Guleria said on Friday (October 22).

Speaking at Public Affairs Forum of India’s 8th National Forum 2021, he said the pandemic showed that if you do not have a healthy nation, you will have a fate on your economy, it could affect tourism, it will affect travel, and it will have a lot of other effects which are so-called collateral damage.

The COVID-19 pandemic showed the importance of technology and it really showed that technology used properly can be a game-changer in our country where there is this big issue of resources and manpower crunch, as far as the health sector is concerned. So we’ve adopted teleconsultation very quickly, which allowed us to consult with a large number of patients across the country without them having to come to hospital. It was cost-effective. And, I sometimes worry that we should make sure that technology doesn’t increase that divide. We must make sure that we think it is more inclusive for even those who may not be that tech savvy, and that is very important in the tech sector, he said.

Dr Guleria also said that there is a huge inequity as far as health is concerned, both in urban and rural India, and that has to be addressed.

The AIIMS chief said there has to be a lot of focus on using technology “And, that is something that we need to do in terms of screening for non-communicable diseases or training for cancers, which will help in the burden of disease in a big way. We have to invest more in research, which is India specific and encourage more entrepreneurship,” he said.

National Health Authority CEO RS Sharma said there are a number of areas in which the cost will significantly reduce using technology, and that significant reduction in cost will obviously be passed on to the service providers, and also to the people.

The thing is that privacy is a zero-sum game, you know that if I make things private then I can’t do anything to it. But that’s not the case. If you design carefully, it is a non-zero sum game, you can continue to have all the functionalities without sacrificing privacy, he said.

A zero-sum game is a mathematical representation of a situation in which an advantage that is won by one of the two sides is lost by the other.

Also Read: Vaccination On Wheels To Inoculate Labourers Against COVID-19 In Delhi