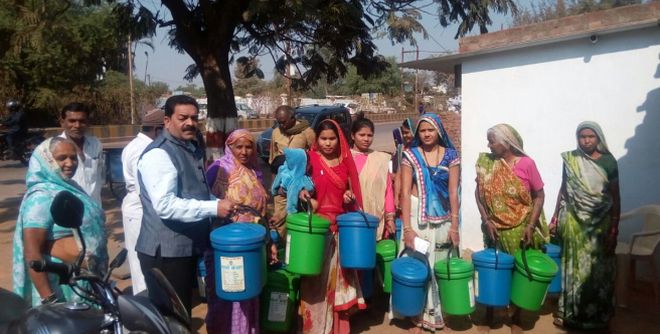 Here’s a look at unique initiatives taken in different parts of India in order to educate and guide people about Swachh Bharat Abhiyan:

1. Bhopal Is Teaching The Swachhta Lesson With ‘Snakes & Ladders’ 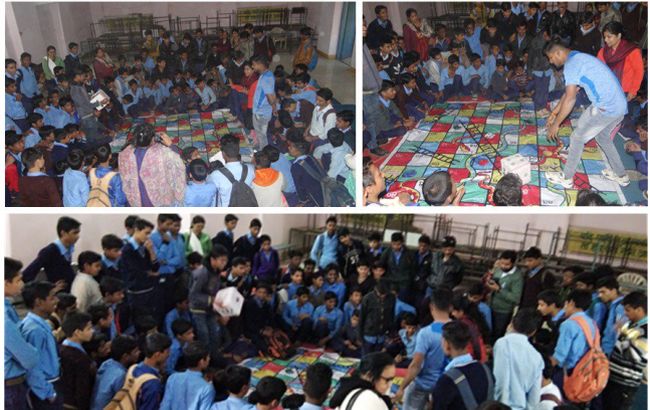 The city was ranked 2nd cleanest city of India, after Indore, in the Swachh Survekshan 2017. Keeping that Swachh record intact and with the aim to move up to the number one in this Survekshan, the city has taken various unique initiatives like guiding people about swachhta via Swachhta Saanp-Sidi or Snake and Ladder, it is a playground game, rather than a board game.

This game based learning tool aims to inculcate the importance of cleanliness and habit of hygienic lifestyle among children and people. It is little different from the conventional snake and ladder game, here if the students or people get bitten by the snake, then it symbolises unhygienic and uncleanliness habits they are following. While, the ladders denote the hygienic and cleanliness habits.

Another, note-worthy campaign the city is doing is Kabad Se Jugad campaign, which aims to beautify the city by using all the scrap items. In this campaign, the civic officials go out from door to door and shop to shop to collect scrap materials and then use these to beautify of the city. Apart from beautification, the scrap collected will also be used to make necessary equipment like dustbins in the city that will ensure Bhopal remains clean.

2. Durg In Chhattisgarh: Upping Its Cleanliness Game By Putting Feedback Devices In Its Public Toilets

From rank 85 to becoming number one, Durg in Chhattisgarh is leaving no stone unturned to secure a top position in this Survekshan. As a part of the exercise and to secure a good rank in citizen feedback column, the city has now installed feedback devices in all its public/community toilets. This will enable citizens to rank a particular toilet on the basis of its cleanliness.

Kerala has decided to use cloth bags as their tools to spread the Swachh Bharat message. Cloth bags have been chosen for solely one reason as they are very popular among people – It is one of the few states in the country that is aiming to go plastic free as soon as possible and for that the state has already banned usage of plastic bags in many places. As a result the local people there are using more of cloth bags.

The Swachhata Mission in Kerala's Kasargode district has come up with a creative idea to spread the Swachh Bharat message. It displays sanitation related communication on these cloth bags. #SwacchSurvekshan2018 #MyCleanIndia. pic.twitter.com/r9puUZk9uR

4. Indore’s Public Shamming Policy In Order To Retain Its No.1 Spot

The Indore Municipal Corporation (IMC) has decided to publicly shame people of the city – if they are caught dirtying the roads and walls of the city by spitting then their name will be broadcasted on the radio or will be mentioned in the local newspaper. This is being done to retain its cleanest city crown.

For this IMC has appointed a special inspecting team who will go out and inspect the highly prone paan and gutkha spits areas on regular basis. They will first ask their names and then send it to the local newspaper or radio stations. The corporation will soon levy a fine of Rs. 200 or more on habitual offenders.

In another laudable move, the corporation has decided to convert its organic waste of fruit and vegetable mandis, which comprises 20 metric tonnes of waste a day into bio CNG which can fuel 20-25 buses every day. 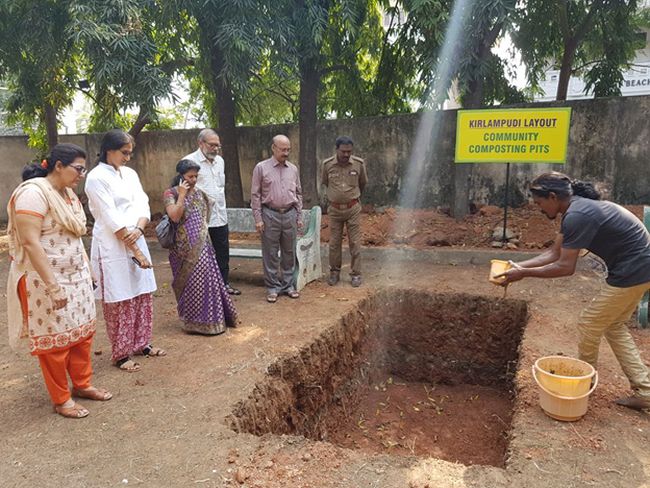 Andhra Pradesh’s Visakhapatnam city that secured rank 3 in Swachh Survekshan 2017, has introduced the concept of open community composting (a big composting pit which is open for general public) in the different parts of the city , this time. This has been done to ensure the people continue to segregate their waste at source.

The community composting pits will make the process of composting biodegradable waste easy.

These innovative and creative steps are being adopted by cities this year because this time survekshan has introduced a new component – ‘Innovation and Best Practices’ wherein all the cities will be judged on the way they deploy the innovative and creative methods to achieve sustainable solutions in their area and educate people about Swachh Bharat Abhiyan.

Also Read: Swachh Survekshan To Begin On January 4, We Will Have A Look At The Strides We Are Making In Cleanliness And Areas That Need Attention: PM Narendra Modi

Has your city done something unique to spread the word about Swachhta? Tell us in the comment box below.

#IndoreRahegaNo1: Here Is What India’s Cleanest City Is Doing To Retain Its Title In Swachh Survekshan 2018

Varanasi To Celebrate ‘Swachh Makar Sankranti’, Will Build 1,100 Toilets In Its 7 Villages