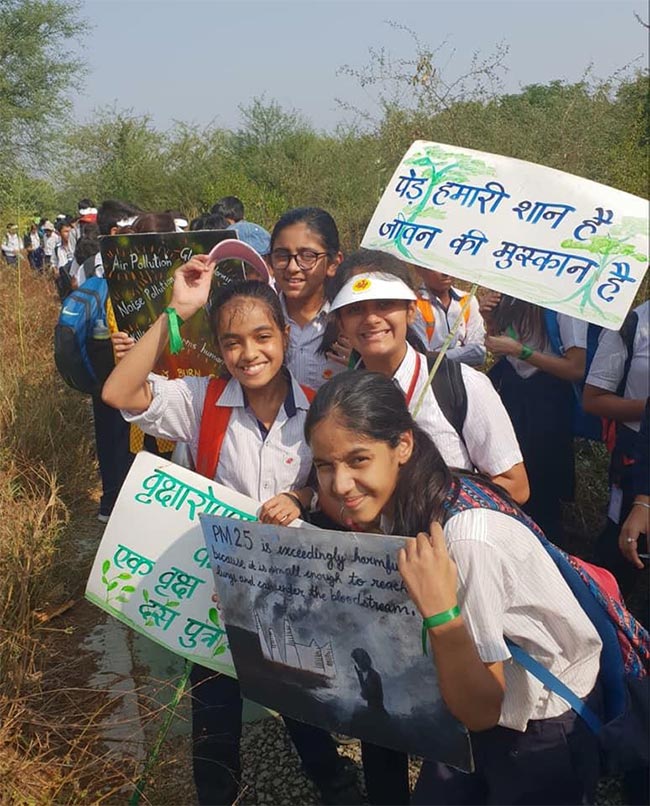 New Delhi: Children’s Day in Gurugram was celebrated with a twist as more than 5000 children from 31 schools across the National Capital Region came together to save the Aravali Biodiversity Park in the city. The students formed a human chain stretching up to several kilometers to protest against the National Highways Authority of India’s (NHAI) proposal to build a six-lane highway which is expected to cut through the park.

The highway in question is part of the Greater Southern Peripheral Road (GSPR) project, which has been regarded as an alternative link between Delhi and Gurugram and the road is expected to run 2 km along the width of the park, around 20-25 metres inside its boundaries.

Activists and residents say the construction work will destroy the park at a time when we need to plant more and more trees in order to combat the annual air pollution problem of NCR.

‘I want a green jungle, not a concrete jungle!’, ‘Save our city forest’, ‘Give us our fundamental right to breathe clean air’ chanted the students as they formed the chain.

These students were joined by their school staff and helpers and volunteer from WWF India, SALT event management, Make my Trip, IndiGo and citizens of Gurugram in their individual capacities, wearing green armbands, carrying posters and placards with messages against pollution and for the protection of Aravali forests.

Human chain of children is symbolic for the future of this country, which belongs to the children and they stand together for saving the environment. It is very senseless to destroy a green area which reduces pollution in the world’s most polluted city, just to build space for more pollution causing activities. Children and wildlife can’t exist happily on a highway, said Verhaen Khanna, Founder, New Delhi Nature Society.

Students also wrote letters to the Prime Minister and Chief Minister, requesting them to cancel the highway proposal through Gurugram’s “green lungs”. These letters were hung on display for the day and will be posted to the respective leaders by the end of this week, Mr. Khanna told NDTV. 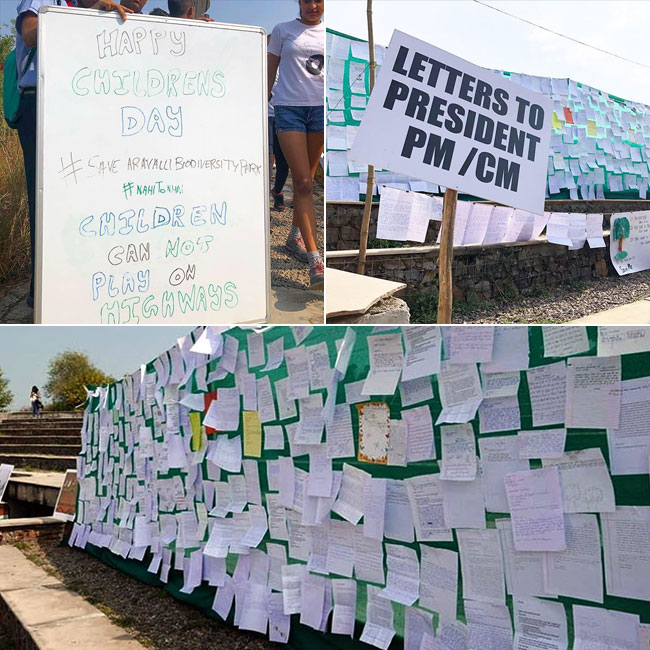 Due to the pollution problem of our city, we anyway have such limited activity options as we can’t take up outdoor activities and hearing about destroying a park on top of it just unacceptable, a class 11th student told NDTV.

Government and authorities instead of promoting forestation are proposing deforestation. How do we curb the pollution if the authorities are so adamant about cutting trees? – another student added.

This is one of the gems of our city. You can see people coming here for jogs, exercise, running, at most times of the day. We cannot afford to lose Aravali Biodiversity Park, said a teacher.

About 70 students of various schools came together at “Teetar Chowk” – deep within the park, and recited a poem for the protection of forests, written particularly for this occasion. 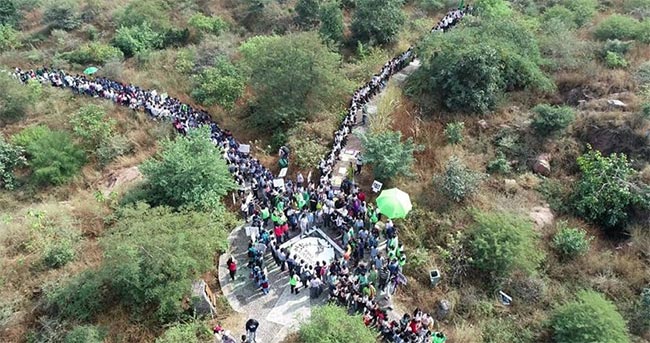 They laid saplings around a banner for saving this reforested patch of land, they joined hands with one another in a human chain running the length and breadth of the park, spread out in the four coordinate directions from this point, demanding not just the protection of this reclaimed forest, but in solidarity with their struggle as a generation for their right to clean air, and their rightful demand – to save “their” forest. 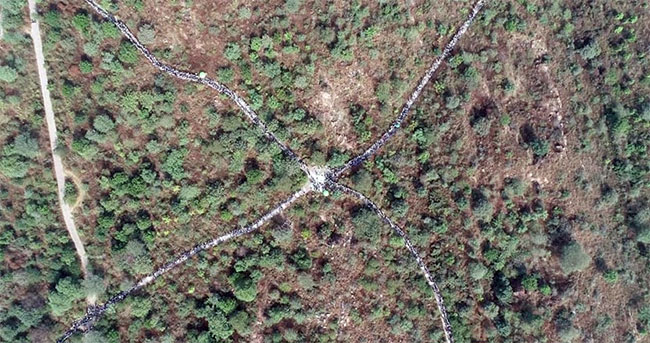 Ariel view of the human chain.

Tree Man Of Haryana: This Constable Is On A Mission To Make Sonipat Green

Breathless In Delhi: Twitterati Reacts To The Air Pollution In Different Ways