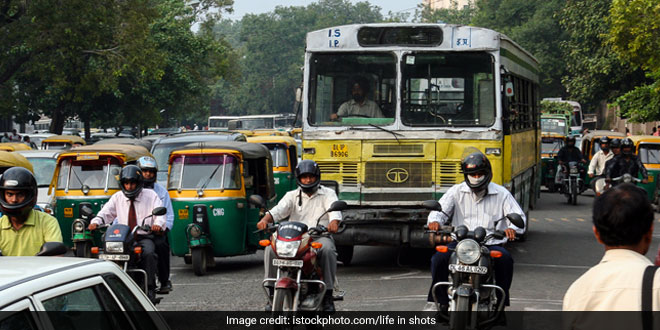 New Delhi: It has been a week since levels of particulate matter (PM) 10 and PM 2.5 in Delhi is oscillating between ‘very poor’ and ‘severe’ category causing respiratory issues to numerous people. The rise in levels of air pollution in Delhi is often attributed to vehicular emissions, majorly from the two-wheelers. According to Urban Emissions.info, a research think tank working on urban air pollution, out of the one crore vehicles in Delhi, 66 lakh are two-wheelers, which are major air polluters that is whopping 66 per cent. While there will always be a debate on how much two-wheelers contribute to hazardous air in NCR, the fact is, the riders of these vehicles breathe humongous amount of toxic air. With helmet over their head, it is just the face shield that blocks the air, but does not filter it. But, what if the same helmet can provide filtered air?

A Delhi based start-up Shellios Technolabs, has designed a unique helmet that looks like a regular helmet, but has the ability to purify air and provide clean air to the riders. The birth of smart helmet dates back to the winters of 2016 when air quality in Delhi reached alarming levels for the very first time, raising health concerns. Amit Pathak, founder and CEO of Shellios Technolabs, recounts,

When levels of pollution rose, we felt, bikers are a group of people who are literally exposed to pollution on a day to day basis. It is then we decided to bring in a solution for them and started the long process of trying to integrate air purification system into a helmet while maintaining its safety features.

How Does The Air Purifier In Helmet Works

Air purifier fitted at the back of the helmet traps all the polluted air coming from outside, purifies it and circulates the fresh air inside the helmet. The purifier fitted in the helmet is capable of filtering particulate matter (PM) ranging from 10 to PM 1. The cleaning unit works on a battery that can be charged via microUSB port on the helmet, just like you charge your mobile phone. One charge lasts for four to six hours. 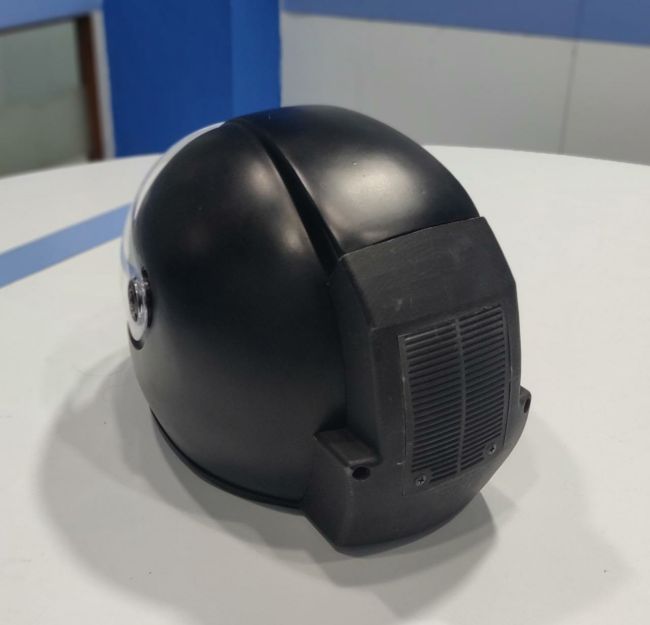 The filter’s efficiency drops as the PM size gets smaller. Let’s say, a filter traps 99.999 per cent PM 10. The same filter will trap 99.99 per cent PM 5 and 99.9 per cent PM 2.5. The efficiency of trapping PM reduces with the size of the particles, explains Amit.

The device also has a replaceable filter which needs to be changed every month or as and when required. It also has LED which indicates the fan speed, just like it happens in regular air purifiers and showcases battery level. Detailing out the working of the helmet from the user perspective, Amit says,

Simply switch on the power button to turn on the air purifier. If you wish to reduce the fan speed, press it again and to turn it off press over. 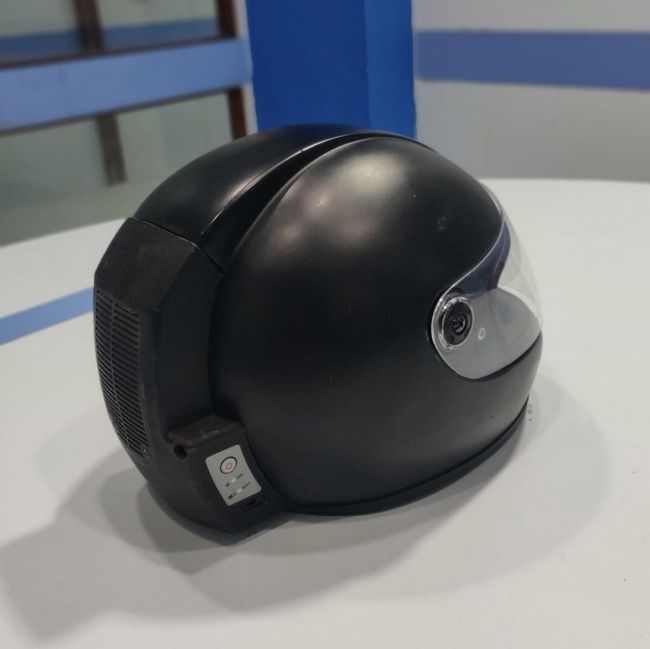 Helmet has the power button and battery and fan speed indicator

From concept to the final product, it was a struggle of two years. A product development of this type involves lot of prototyping and requires both time and cost. It took them more than half a dozen product iterations to reach to the final piece.

Interplay of multiple disciplines like electronic, mechanical engineering, industrial design creates lot of challenges from product development perspective like design evolves rapidly, but none of them happened to be a major road block, Anil.

Despite all the challenges, the team managed to come out with a product that meets all the safety standards and norms, ensures Anil. The team expects to launch the final product in the first week of December. Currently, the team is waiting for safety certification of helmet. 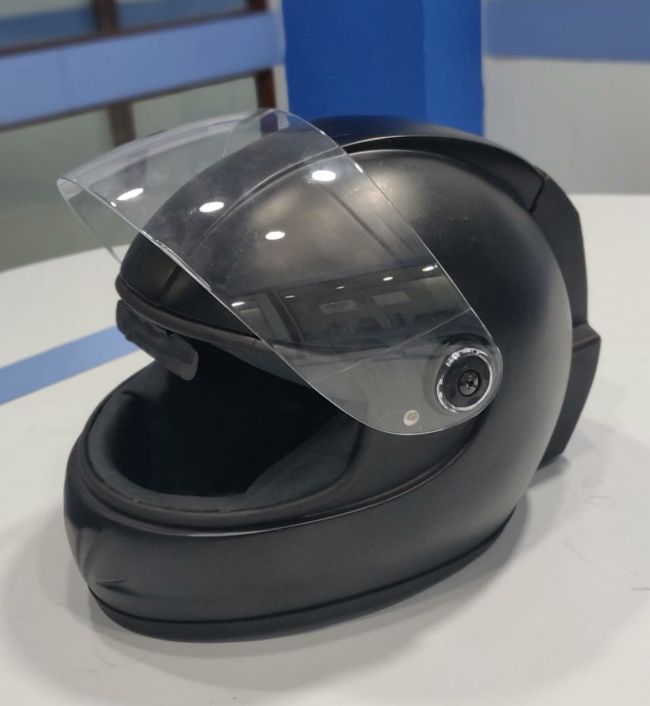 Smart helmet by Shellios looks like a regular hemet

Air Purifying Helmet: Price Details And Where To Buy From

Once the final product is launched, helmet along with air purification filters will be available on e-commerce websites and with selected retailers. While the smart helmet will be priced between Rs. 3,500 and 5,000, the team is yet to finalise the cost of filters.

People Know About Air Pollution But Lack Awareness About Cause And Effect: Study

Delhiites Wake Up To Rain, Pollution Levels Drop Down To ‘Very Poor’