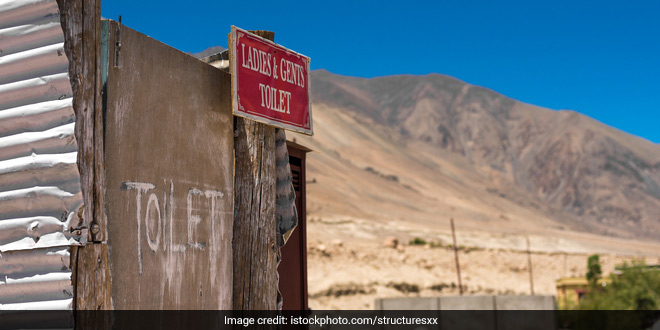 New Delhi: The Central government has built 45,932 individual and 3,069 community toilets in Jammu and Kashmir under various schemes, said the Housing and Urban Affairs Ministry on Wednesday stressing that 1.17 lakh new sewer connections were also constructed. In a reply to a query in Rajya Sabha, the Centre said it has launched missions and schemes namely, Swachh Bharat Mission-Urban (SBM-U) and Atal Mission for Rejuvenation and Urban Transformation (AMRUT) for improvement of sanitation facilities including safe disposal of sanitary waste in urban areas of all States and Union Territories including Union Territories of Jammu and Kashmir and Ladakh.

The Ministry said that in Jammu and Kashmir and Ladakh region, under Swachh Bharat Mission, a total of 45,932 individual household toilets were built against target of 60,000 and a total 3,069 community toilets which is more than a set target of 2,078.

The ministry also said that five cities, Anantnag, Jammu and Srinagar, (now in Union Territory of Jammu & Kashmir) and Leh and Kargil (now in Union Territory of Ladakh, were selected under Atal Mission for Rejuvenation and Urban Transformation scheme. With the total plan size of Rs. 593 crore, around Rs. 115 crore which is 19 per cent was earmarked for sewerage and septage management sector.

So far, 1.17 lakh new sewer connections against the target of 2.66 lakh connections have been provided under AMRUT and in convergence with other schemes. Sewerage and septage management sector projects worth Rs. 1,06.32 crore have been grounded.