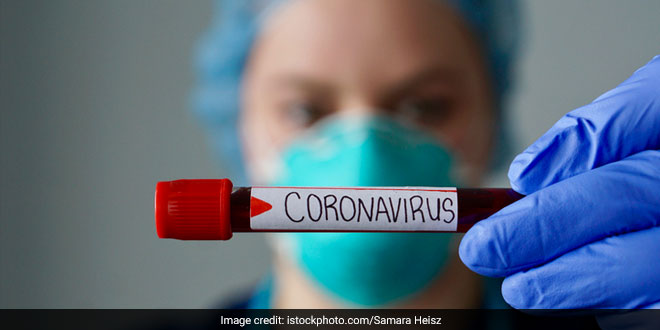 Bhubaneswar: At least 73 per cent of Odisha’s population and over 93 per cent of health workers have developed antibodies against SARS-CoV-2, according to a recent sero-survey conducted by Indian Council of Medical Research (ICMR). The survey was conducted in 12 of the state’s 30 districts between August 29 and September 15 by experts of ICMR’s Regional Medical Research (ICMR), Bhubaneswar with help of the Health and Family Welfare Department of Odisha government. The survey was conducted in the districts of Sambalpur, Sundergarh, Jharsuguda, Keonjhar, Khurda, Puri, Balasore, Mayurbhanj, Jajpur, Kandhamal, Kalahandi and Nabarangpur.

“We found 73.5 per cent seroprevalence among the community and 93.9 per cent among the healthcare workers,” Ms Pati said, adding that of the 12 surveyed districts, Khurda district has highest seroprevalence of 80 per cent followed by Jajpur, Mayurbhanj and Jharsuguda (around 68 per cent).

In terms of age groups, the RMRC director said:

Among the seropositive adults, around 66.5 per cent had received at least the first dose of vaccine, she said, adding that study also found that 25.6 per cent are fully immunized, 41.4 per cent are partially vaccinated and 33 per cent are unimmunized.

Also Read: COVID-19 Vaccine: Odisha’s Ganjam District Is Using Folk Dance And Puppetry To Encourage Citizens To Get The Jab

Among seropositive persons, 13 per cent people reported symptoms suggestive of COVID-19 and 23 per cent had previously tested positive. Director of Health Service, Dr Bijay Mohapatra said that the possible third wave of the COVID-19 pandemic may not cause much damage in the state as over 73 per cent of the population has already developed anti-bodies against the highly infectious disease like COVID-19.

Meanwhile, Odisha on Monday (September 27) logged 444 new COVID-19 cases taking the state’s tally to 10,24,764 while five fresh fatalities pushed the coronavrius death toll to 8,180, a health department official said. Of the new COVID-19 cases detected, 59 were in the age group of 0 to 18 years. The rate of infections among children and adolescents now stands at 13.28 per cent. While 258 of the new cases came from quarantine centres, the remaining 186 were local contacts. Khurda district of which state capital Bhubaneswar is a part, reported the highest of 170 new infections, followed by Cuttack (73) and Mayurbhanj (37). Seven districts – Boudh, Gajapati, Kalahandi, Kandhamal, Koraput, Malkangiri and Nabarangpur, reported nil cases. The five fresh fatalities were reported from Nabarangpur (2) and Sundergarh (3). This apart, 53 other COVID-19 patients have also died in the state so far due to comorbidities, he said.