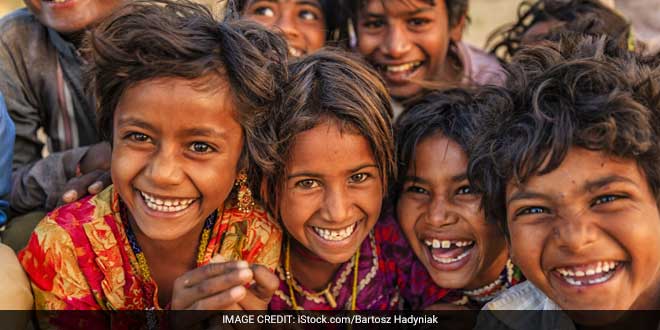 It started off as a simple plan to build toilets in a remote area in rural India. Along the way it brought with it health, sanitation, employment and even women’s empowerment.

Until a few months back, houses in Udham Singh Nagar in Uttarakhand had no toilets. Men and women had to travel miles outside their homes to relieve themselves. Today, that same district has made it to the Limca Book of Records for constructing more than 8000 toilets for 8000 families in just 20 days.

These toilets were constructed in 351 gram panchayats of the district from January 25, 2016 to February 15, 2016. Dr Ashish Srivastava who was the chief development officer (CDO) of the district at that point of time was awarded the certificate by Limca Book Of Awards.

Swajal Pariyojna, which carried out the construction work, too was recognized.

When I took charge as a Chief Development Officer, one thing I noticed was lack of toilets at homes here and the difficulty our girls faced. I simply wanted to help these girls out and that’s when I decided to do something important like building a toilet for them. – Dr Ashish Srivastava.

Dr Srivastava made it a personal mission to get each home in Udham Singh Nagar a toilet. He personally wrote to the pradhans of 351 blocks discussing his plans of building a toilet in each and every house. Soon, the villagers joined him in this mammoth task.

[highlight] So far, around 2,15,054 toilets have been constructed and only 3,000 toilets are left as per the base line survey of Swachh Bharat Abhiyan. [/highlight] Once this is completed, Udham Singh Nagar will become ‘Open Defecation Free’, one of the main aims of the Swachh Bharat Mission.

The villages of Rudrapur, Jaspur, Kashipur and Gadarpur have already been declared ODF and the district administration is expecting that the remaining villages of Khatima, Sitarganj and Bazpur will be free from open defecation soon.

Udham Singh Nagar has turned into a great example of how government schemes, when properly used, can transform the lives of people. The district achieved its targets by using fund from two government schemes – NREGA which is an act offering to guarantee hundred days of wage-employment in a year to a rural household and Swachh Bharat Mission.

So, apart from toilets, more than 700 families even got employment.

“Once the toilet was constructed by a particular family, we gave a sum of Rs. 12,000 to them. As a result we created more employment than just 700 families which were benefited through Nrega,” Dr Srivastava told NDTV.

Apart from sanitation and employment, the toilets also helped empower the women of Udham Singh Nagar. Under the National Rural Livelihoods Mission (NRLM), the district formulated a women’s group in each Panchayat and asked them to oversee the process of construction of the toilets. Where the toilets were already made these women were held accountable for making sure that each house was using one.

I have realised how difficult it is for a woman to go out in the fields every now and then to release themselves. I hope more people can come forward and change the scenario like I have done,” says Dr Srivastava.

Prime Minister Narendra Modi’s target is to make India free from Open Defecation by 2019. Since 2014 when the ‘Swachh Bharat Abhiyan’ was first launched more than 1 million toilets have been planned or built.

Lunch By Toilet: A Novel Protest For Cleaner Toilets