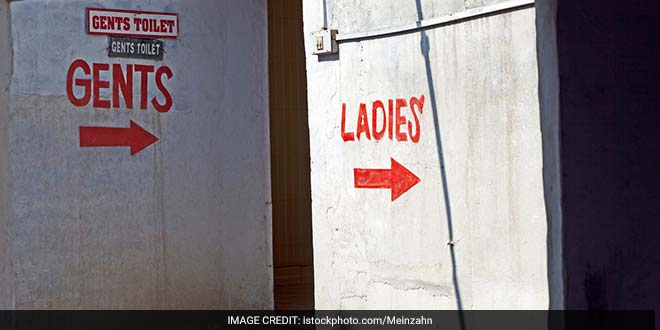 43 year old Swaroopa sells boiled corn-on-the-cob on a street near Hyderabad’s famous IMAX theatre on Necklace Road. For this street-side vendor, access to toilets have always been an issue. She would have to leave her stall and go back home whenever she needed to relieve herself.

Until a few months ago, when the Municipal Corporation built a swanky public toilet just across where she worked. For Swaroopa, however, the new toilet brought no relief.

“This public toilet looks very impressive, but when I wanted to use it there was no water. It gets very difficult for us to leave our cart and go all the way back home to attend nature’s call,” she said.

Over the past year, the Municipal Corporation in the city has spent over Rs. 5 crores to build around 100 prefabricated public toilets under the Swachh Bharat Abhiyan. On closer inspection, though, most of these toilets are in such a deplorable condition that citizens have rallied together to protest.

For the past 18 days, members of the Common Man Forum have been eating their lunch outside public toilets to protest against the abysmal condition of these toilets that cost over 5 lakh rupees each for installation.

One of the protesters, Jayaprakash, says around 80% of these toilets are defunct due to negligence on the part of Greater Hyderabad Municipal Corporation officials and private agencies. He adds “The public pays taxes and bills to the government, which goes into a holy treasury. They use this money to make such toilets. You cannot waste our money in this manner. Your proposal was decided for 200 public toilets, but you implemented only 109 toilets. When you cannot maintain a public toilet, how will you maintain a Golden Telangana.”

However, the Hyderabad Municipal Corporation maintains that it was only supposed to build the toilets and maintenance was never part of its responsibility. The Sanitation Additional Commissioner, Ravi Kiran told NDTV “As part of the Swachh Bharat Initiative, lots of toilets have been given to us. But at the same time, it is only the infrastructure. The main key issue is of maintenance. In this regards, ASCI and the GHMC have floated a tender for proper upkeep and maintenance of these toilets.”

The Central Public Health and Environmental Engineering Organisation norms read that there should be one public toilet for every kilometre of road in the city. Hyderabad which is home to 72 lakh people, has only 450 public toilets over a road network spanning 9000 kms.

With most public toilets in the city being dysfunctional, will Hyderabad continue to remain one of India’s most liveable cities?

Swachh Rail-Swachh Bharat: Why The Big Push To Bio-Toilets?