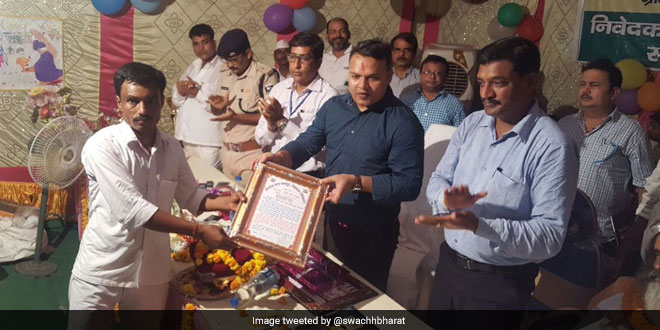 New Delhi: Falling behind and consistently ranking low in a programme where the whole nation is a participant must be worrying, and Bihar fits the bill when it comes to the state’s performance in the Swachh Bharat Abhiyan. Bihar has sanitation coverage of merely 29.89 per cent against the national coverage of 64.18 per cent and has consistently ranked poorly since the sanitation programme was launched in 2014. One district in Bihar is however looking to change the scenario by eradicating open defecation completely and becoming the first district in the state to achieve the ODF status. Rohtas in Western Bihar already boasts of having the highest literacy rate in the state and the district administration is working relentlessly to make the district ODF by the end of June 2017.

The campaign to eradicate open defecation was launched a year back on June 2016 by the District Magistrate Animesh Parashar. Titled ‘Mission Pratishta Rohtas,’ the campaign aims to make the district ODF by focusing on how toilets are essential for dignity and pride. UNICEF India is providing technical support to Rohtas to ensure that the target is met within the timeframe.

The first task undertaken by the district administration was to identify villages where the sanitation scenario was the worst. From 19 blocks in the district, the administration identified 250 villages which practiced open defecation and had no access to even makeshift toilets. The District Magistrate visited each of these villages himself and interacted with the villagers on the topic of sanitation. Many villagers were unaware of not only the Swachh Bharat Abhiyan itself, but had no awareness on how twin pit toilets work, terming them as expensive to construct and maintain.

We identified 250 villages which were worst in terms of sanitation as they had no access to toilets. On interacting with the villagers, we realised many of them held misleading opinions on toilets and thought that building toilets and maintaining them were very expensive, said Animesh Parashar, District Magistrate, Rohtas.

During his tours to the village, Mr. Parashar, along with other district officials also linked the necessity of having toilets with the dignity of women. In each of the 250 villages, the administration encountered women for whom sanitary needs had become a nightmare. Zero availability of toilets meant that they were forced to relieve themselves in the open, often encountering crime, diseases and wild animals. The district officials spoke to the villagers and pitched the idea of how having toilets at home would mean fewer risks for women. 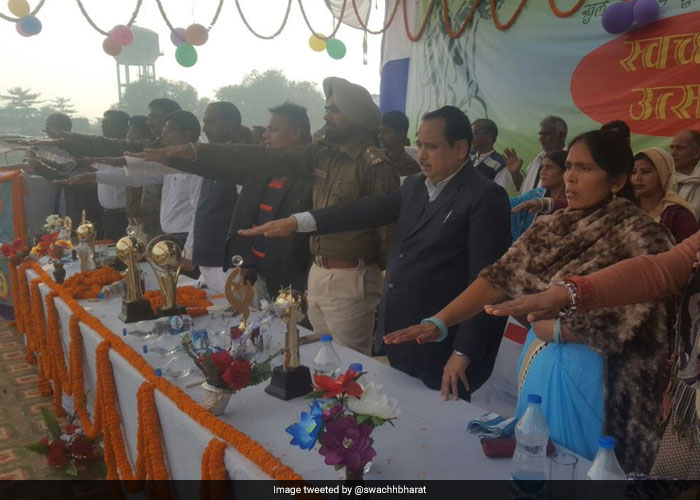 We wanted to utilise the occasion of 100 years of Gandhi ji’s Satyagraha at Champaran by launching our own Satyagraha against open defecation. With the help of a large number of volunteers, we were able to approach each gram panchayat where the members undertook pledges to make their villages ODF, said Mr. Parashar.

Not just ODF, but the cleanliness Satyagraha also focused on cleaning up of villages by removing garbage from them. The Kachra Marathon, which was held on May 16, saw administration in one unhygienic village from each panchayat in the district select volunteers from each village to participate in segregating the garbage, cleaning of roads and cleaning garbage from some of the dirtiest locations in the villages.

The campaign covered more than 200 kilometres in a day, as volunteers and enthusiastic students went on a garbage collection spree. Apart from toilets, the administration also wanted villagers to keep their surroundings clean, which was why the Kachara Marathon was launched.

Relentless campaigning on behalf of the district administration has resulted in 4 out of Rohtas’ 19 blocks becoming open defecation free. Work is progressing smoothly in the 12 other blocks which the administration plans to declare ODF by the end of June. 3 of the district’s blocks are situated in rocky terrain where the twin pit model of toilets will prove to be ineffective. To construct toilets in villages situated in those blocks, the administration and UNICEF are trying to implement ecological sanitation, better known as ECOSAN. These toilets are closed systems which do not require water. Faecal waste from ECOSAN toilets are valuable source of manure for agricultural purposes.

Some of the villages are situated in rocky terrains and water is scarce there. We are looking at alternative sanitation methods such as ecological sanitation so that villagers in such villages are not deprived of toilet using facilities, said Ashish Kumar from UNICEF, who is acting as a consultant to the district administration for this campaign.

Also Read: Heroes of Swachh Bharat: How Pivotal Are Anganwadi Workers In Implementing The Campaign’s Objectives?