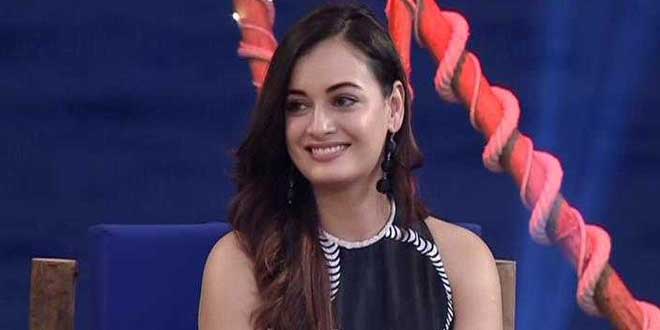 Nairobi: Actor-producer Dia Mirza on December 6 said she has replaced a large amount of plastic from her life. She’s using toothbrush that is not made of plastic but a bamboo one. And she believes in refilling bottles for quenching her thirst, even in plush hotels.

The basic things which you can do in your life can go a big distance, Ms Mirza told IANS here.

“My toothbrush is a bamboo one. I have stopped using plastic packaged water. I carry my metal bottle from home,” Ms Mirza said in a candid conversation.

I ensure the vehicles I move around are on the highest emissions standards. I would love to use an electric car. I wish the government of India will reduce the taxes on sustainable alternatives.

She was categorically even admitting to IANS that: “I have switched from using normal sanitary napkins to biogradable ones.”

Ms Mirza, who is also the Wildlife Trust of India brand ambassador, took up the role as the United Nations brand ambassador to her work on raising awareness and seeking solutions for environmental issues that the world and India in particular, faces.

As a Goodwill Ambassador, the Bollywood actress will work with the UN to further spread the message on priority areas including clean air, clean seas, wildlife protection and climate change.

I am delighted to have Dia join UN Environment as a Goodwill Ambassador. India faces many challenges, in particular the air pollution that is choking many of its cities.

Dia Mirza’s influence can help to turn the situation around and create a healthy future for Indians and their environment,” said UN Environment head Erik Solheim.

After three-day hectic negotiations in the third United Nations Environment Assembly that culminated in this Kenyan capital, 193 countries members to the UN Environment pledged to make it easier to rethink, reuse, recycle, recover and remake any products, materials and prevent and reduce waste generation.

This type of political declaration is first of the kind. It has been an astonishing success, Mr Solheim told IANS.

He said the nations need three-pronged strategy to deal with the litter.

The plastic material needs to be recycled. The air pollution sources need to minimized through electrical mobility and promoting public  transportation. And need to stop the processing of chemicals like mercury, a major pollutant, an optimistic Mr Solheim added.

#AirPollution: On The Basis Of Air Quality Index, Environment Secretary To Get WhatsApp Alarm