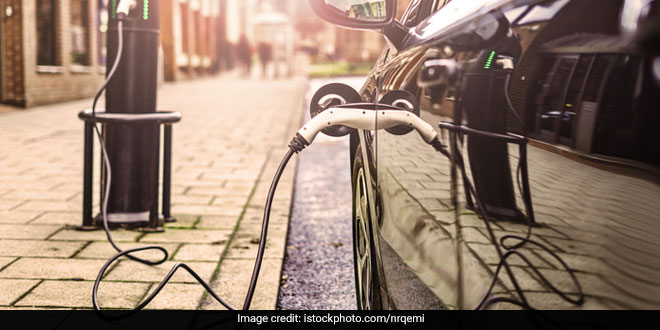 New Delhi: Minister of Large and Small Scale Industry, K.J. George on Wednesday inaugurated the Electric Vehicle Summit organised by Indian Chamber of Commerce in collaboration with the Karnataka government. Mr. George, speaking at the event highlighted the importance of green energy in today’s day and time and said that there’s a need to develop electric vehicles that run on green energy.

Mr. George tweeted about the key focus of the summit to four areas. He explained that the first focus of the event is to maintain the lead share of Karnataka as a preferred destination for attracting investments in manufacturing electric vehicles.

Key focus of the summit-
1. To maintain the lead share of Karnataka as a preferred destination for attracting investments in manufacture of electric vehicles.
2. To attract Investments of Rs. 31,000 Crores & create employment opportunities to 55,000 people. pic.twitter.com/o81vDeZHzE

Attracting investment and employment opportunities is the second focus while the third focus of the summit is to provide Research and Development opportunities in the field of electric mobility. The fourth focus of the summit is to have business to business meeting between Indian manufacturers, entrepreneurs, South Korean and Chinese entrepreneurs to form alliance in order to excel.

Mr. George announced that the electric vehicles manufacturing companies have expressed interest in investing about Rs. 31,000 crores in the state which will help generate about 55,000 employment opportunities in various fields. Mr. George said,

Bengaluru is considered as the Information Technology capital of India but I wish for it to also become the electric vehicle capital of the country. Our government is encouraging companies to manufacture electric vehicles and its components to invest here. While electric vehicles are good, in the interest of the environment, we need to give importance to research and development of vehicles that run on green energy.

We are also in discussion with the Urban Development Department to change building bylaws to reserve about 10-30 per cent of parking space for electric vehicles. A mobile app is also being developed for the benefit of electric vehicle users, that will tell them about the nearest available charging station.

Hyderabad Goes Beyond ODF To Achieve ODF Plus Plus Status

US-Based Gradiant Corporation To Clean Up Industrial Wastewater In India