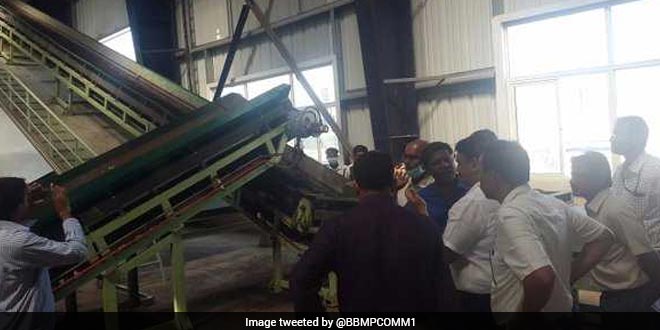 The Swachh Survekshan 2017 brought to fore the several problems urban civic bodies encounter when dealing with waste and its management. Bengaluru in 2017 saw its Survekshan ranking drop to 210 from previous year’s 38. The two principal reasons behind Bengaluru’s decline in its civic performance were the dysfunctionality of the city’s waste processing plants, as well as the handling and processing of garbage by private contractors. With the Bruhat Bengaluru Mahanagara Palike (BBMP) taking control over the city’s waste management scenario, the city is undergoing some major changes in terms of management of waste and associated issues.

The BBMP had given the responsibility of collecting garbage to 16 contractors from various parts of the city and has now taken full control of collecting and managing waste. But for Bengaluru, waste management has always been tricky. The city’s huge generation of 5,000 tonnes of waste per day is a major challenge for the civic body and waste processing plants are the only channel utilising to tackle Bengaluru’s waste. The BBMP had spent Rs 450 crore in 2015 to set up 7 waste processing plants in the city. Despite the massive investment, the functioning of these 7 waste management plants has been an area of concern for the BBMP. Four of these seven plants have remained dysfunctional for the past year. The revival of these plants after a year gives BBMP a further boost in its newly laid plans of waste management.

The waste management plants at Kannahalli, Seegehalli, Chikkanagamangala, Subbarayanapalya, Lingadheeranahalli, Doddabidarakallu and Kudlu together have a capacity to treat little over 2,000 tonnes of waste daily. Though this is less than half of the amount of waste generated by the city daily, the active functioning of these plants will see less disposal of garbage in Bengaluru’s landfills. The waste management plants, which are all equipped with technology to produce refuse-derived fuel (RDF), will also be able to produce fuel from the waste processed in these plants. It is the output that BBMP is concentrating more on now, to ensure that output based remuneration will encourage is more waste processing.

Earlier, a tipping fee was paid to waste management plant operators for every tonne of waste the plant received. Now we have changed the payment system to focus more on output rather than waste procured by these plants. Under the revised rules, we will pay between Rs 500 to 800 for every tonne of compost and Rs 150 to 200 for every 100 litres of fuel, said Sarfaraz Khan, Joint Commissioner, Solid Waste Management, BBMP.

The civic body is hopeful that more waste would now come in to the composting plants. The civic body is confident of this because firstly, waste collection is now totally BBMP’s responsibility, so the civic body is better equipped to segregate, collect and transport waste. Instead of being dependent on contractors, the BBMP has directly brought under its ambit the 19,000 strong fleet of Bengaluru’s sanitation workers. Hence, the loopholes in waste collection are expected to be permanently sorted. Secondly, by stressing on output based remuneration, the BBMP has ensured that it is now up to the operators of waste management plants to decide how much they wish to earn. Along with waste processing fee, waste management plant operators will also receive maintenance costs for plants from the civic body.

The seven plants together have a backlog of nearly 18,000 tonnes of RDF and 20,000 tonnes of compost, because of being dysfunctional for a year.
The BBMP had attempted to reach out to the cement factories at Kalaburagi for help in removing the waste, but their demand of Rs 2,500 per tonne of waste was beyond the BBMP’s budget. Fortunately in June, ACC, the cement producing conglomerate has removed nearly 12,000 tonnes of RDF without charging any fee. This has ensured that the Kannahalli, Seegehalli and Lingadheeranahalli management plants are completely without any backlogs and can begin processing waste right away.

The plants will now accept only segregated wet waste and not mixed waste. The BBMP does not want to put pressure on the plants and instead, is hoping that a minimum of 1,000 tonnes of waste is recycled in the initial few weeks. The plants at Chikkanagamangala and Subbarayanapalya will take some more time to begin processing waste, the former being renovated after it was gutted in fire in November 2016. The BBMP Joint Commissioner said that the plant would begin functioning in another two weeks. Once all the waste management plants are up and running, the pressure on Bengaluru’s landfills will reduce drastically, hopes BBMP.

We are hopeful that with all the plants functioning and the system changed to output based remuneration, more waste would actually be converted into compost. We have successfully sold nearly 11,000 tonnes of compost to farmers at subsidised rates, when the plants were functional. We hope to increase that number now that all the plants will be up and running very soon, said Mr. Khan.

In another effective move, the BBMP has appointed Karnataka Rural Infrastructure Development Corporation’s Chief Engineer (retired) Venkatesh Murthy as the Chief Executive Officer of all the waste management plants. Earlier the plants were under the supervision of the zonal commissioners but the ineffectiveness of their functioning and too much bureaucratic confusion resulted in this decision. The BBMP hopes that bringing together all the waste management plants under a single supervision would improve in their functioning.