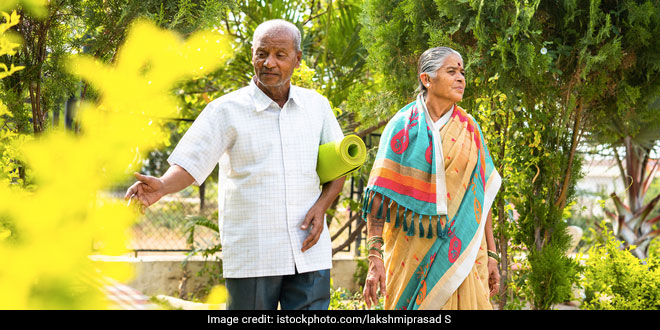 To cater to the growing population, the report called for reforms in health-related policies and action plans, as well as the maintenance of good healthcare services

New Delhi: There will be a significant increase in the number of elderly people in the next three decades. Globally, in 2021, 761 million people worldwide were 65 and older, and the number is expected to double to 1.6 billion by 2050, surpassing 1.6 billion. This will account for more than 16 percent of the total population, according to the World Social Report 2023: Leaving No One Behind in an Ageing World released by the United Nations (UN).

To cater to the growing population, the report called for reforms in health-related policies and action plans, as well as the maintenance of good healthcare services. It stated that a better coordination of care across health and social services, as well as across different levels of health care is crucial, it read.

Also Read: One Child Or Youth Died In Every 4.4 Seconds In 2021 Due To Lack Of Basic Health Care: UN Report

The report stated that the trend comes with its own challenges and opportunities as the countries strive to achieve the Sustainable Development Goals (SDGs). Countries must make significant health and age-related policy reforms, as well as improve the living conditions of billions of people worldwide, in order to address the related SDGs, such as good health and well-being, no poverty, and reducing inequalities.

These differences stem partly from poor nutrition and exposure to environmental and occupational hazards that are more common among men and people with limited income and education. Inequalities between men and women persist into old age. Economically, women’s lower levels of formal labour market participation, shorter working lives, and lower wages during working years lead to more economic insecurity in later life, the report read.

Regions with the highest number of older people

The majority of elderly people live in Europe, North America, Australia, New Zealand, and the majority of Eastern and South-Eastern Asia.In most countries in these regions, the proportion of older persons exceeds 10 per cent and in some cases, it is more than 20 per cent of the total population.

North Africa, West Asia, and sub-Saharan Africa are estimated to have the fastest growth in the number of elderly people over the next three decades.

The UN report advised several sets of actions for the countries:

The World Health Organization and the UN have designated 2021–2030 as the “Decade of Healthy Aging, building on the Madrid International Plan of Action on Ageing that aligns with the Sustainable Development Goals.

The demand for long-term care is increasing in many countries as the elderly population grows.

Together, we can address today’s inequalities for the benefit of tomorrow’s generations, managing the challenges and capitalizing on the opportunities that population ageing brings.

Also Read: Menstrual Leave For Students Will Be Extended To All State Universities In Kerala: State Education Minister