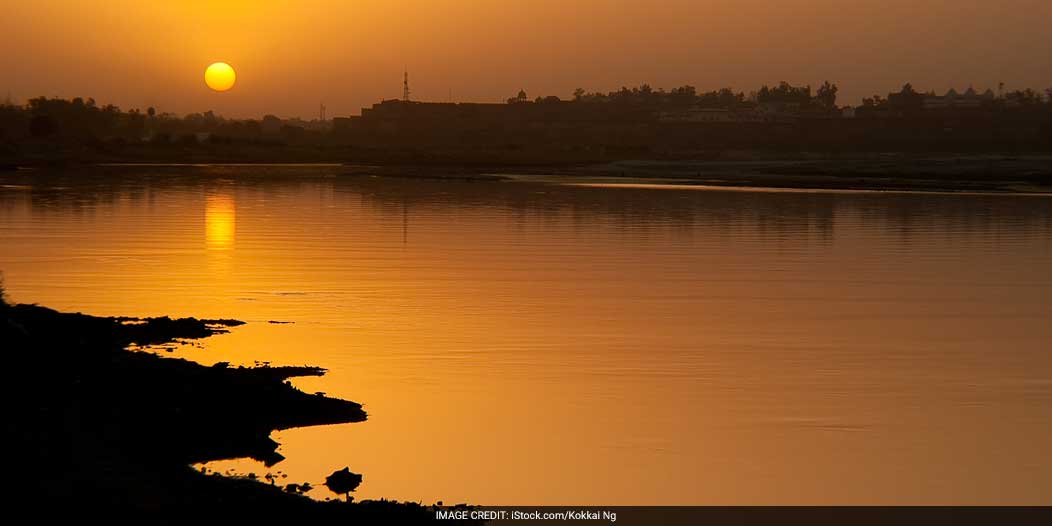 Agra: Showing “Gandhigiri” on Mahatma’s birthday, activists in Agra on Sunday offered water to Yamuna and put it on a glucose drip to protest total neglect of the river by the government.

Volunteers of the River Connect Campaign who have been without a break conducting a ‘havan’ and ‘arti’ for over 525 days without a break, used Mahatma Gandhi’s birthday to highlight pollution in the river, which had reached an alarming level, posing threat not only to life but to historical monuments including the Taj Mahal. 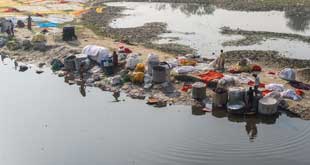 An official of the Braj Mandal Heritage Conservation Society said that the river is almost dead without fresh raw water, and all that flows down is waste from sewers and industrial effluents from upstream cities including Delhi. The toxic waste could be damaging the foundation of the Taj Mahal, he added.

River activist Ranjan Sharma said “to protest we have put the river on glucose and offered bottled water. The powers that be both at the centre and in the state have gone deaf and do not respond to repeated pleas by both commoners and experts.

Conservationist Shravan Kumar Singh said the government had failed to enforce the order of the National Green Tribunal to ensure a minimal flow, which Haryana had stonewalled.

He noted Union Minister Nitin Gadkiri had announced that steamer service between Delhi and Agra would be started in two years, but now seemed to have forgotten his promise. Similarly Water Resources Minister Uma Bharti had made a number of promises but so far has not been able to do anything for Yamuna, which is the lifeline of Braj mandal.

Cleaning Up India For The People, Can It Be Sustained?