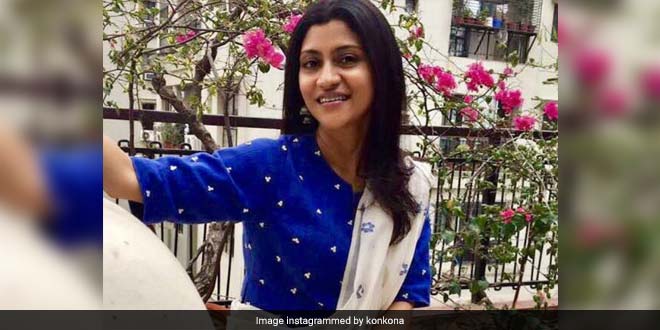 Mumbai: On Monday, at the trailer launch of her upcoming film Lipstick Under My Burkha, actor and filmmaker Konkona Sen Sharma questioned the government’s proposal to tax sanitary napkins at 12% under the GST (Goods and Services Tax). She said, “If you don’t have any control over your bodily function, how can it be considered to be taxed under luxury goods? It’s not like you’ll voluntarily saying, Oh! I won’t put out my AC tonight. It’s not the same thing.” The much-debated GST comes into effect on Friday.

Speaking about how times have changed for women in India over the years, the actress spoke positively. Konkona said, “A lot of us today take granted what women have gone through in the last 100 years. Earlier women were not allowed to vote, not allowed to own property either. But now all that is allowed, we don’t even think of those things, we have come a long way.”

In her upcoming film, Konkona Sen Sharma plays a mother of three. “My character’s name is Shireen Aslam, she has three children. She manages her household and her life as per the expectations from her. She has certain restrictions which she accepts but she also has certain desires which she wants to fulfill but she has to work around the loopholes and find some innovative ways to accomplish the small dreams and side by side fulfilling so many roles,” Konkona said.

Lipstick Under My Burkha, directed by Alankrita Shrivastava, has won several awards at various film festivals around the world. It’s a story about about four women fighting for their rights and releases in India on July 21 after first controversially denied certification by the Censor Board.

#MassCleanathon: This Is How People United For A ‘Clean And Green’ Kerala