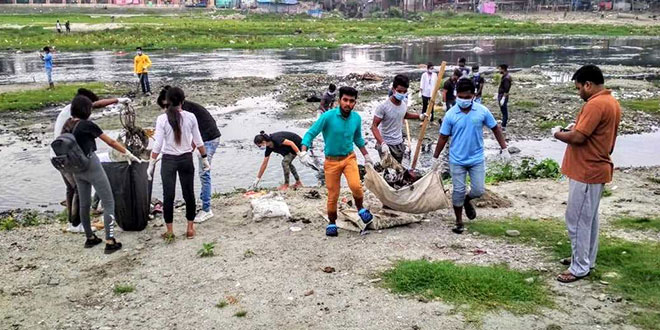 New Delhi: During his everyday commute from home in Pradhan Nagar in Siliguri district of West Bengal to the school where he teaches, 40-year-old Arunanshu Sharma always used to complain about the deteriorating state of Mahananda River, a transboundary river flowing between India and Bangladesh. One day while teaching, he came across a proverb that said that anything is possible if one wishes enough for it. This proverb immediately reminded him of the dirty Mahananda and how he wishes to see clean again as he saw it during his childhood. Inspired by this thought, he gathered some of his friends and convinced them to start a campaign ‘Mahananda Bachao Abhiyan’ to revive the dying river on May 12. The campaign that aims to sensitise people about protecting the water body, conducted its first major event, a massive river cleanliness drive on Sunday (June 2) that saw the participation from more than 100 locals including various NGOs (Non-Government Organisation) and students.

The group of green activists collected more than 100 kilograms of waste during the day-long cleanliness drive that mainly comprised styrofoam, plastic wrappers, plastic bottle, polythenes, carcasses of animals and other materials that sedimented in the river. It also contained a large amount of faecal sludge. 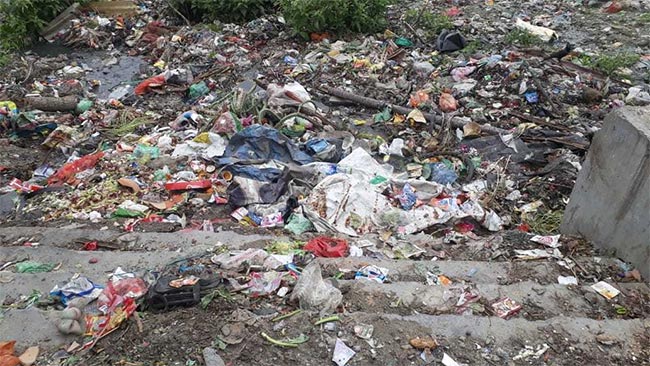 Talking to NDTV about the plight of Mahananda, Mr. Sharma said,

Currently, the river that originates from the Himalayas in Darjeeling district and descends to the plains in Siliguri can be best described as the dumping ground for city dwellers. Thousands of encroachments on the riverbed’s 15 Km stretch that flows from Siliguri to Binaguri that once served as the lifeline of city, have left the river dry. This stretch, in fact, is the dirtiest stretch of the river. More than 20 large city drains empty into the river carrying at least 400 million tonnes of untreated waste per day that also contain harmful chemicals. People defecate on its banks and there is a huge problem of illegal sand mining on the riverbed.

According to Mr. Sharma, most people of the district call the river ‘Mahaganda’ (extremely dirty) instead of Mahananda due to its present situation. Mahananda Bachao Campaign that has been running awareness drives for over 20 days now has been able to gather support from the local people and administration. As per an official of Siliguri Municipal Corporation,

The Corporation has taken several steps to save the river from pollution especially during major religious days like Durga Puja and Chatt Puja. Manpower has been deployed from time to time to collect the garbage from the river. While setting up of two major Sewage Treatment Plants (STPs) is underway, cleaning the river and keeping clean are not easy tasks and needs a behaviour change from the people residing near it.

While the people associated with campaign got support from the municipal corporation who provided six sanitation workers during the cleanliness drive, but they say that the state of the river today has reached to its worst point due to administrative laxity towards illegal mining and encroachment. The situation has reached to such an extent that there is no water left in the part of the river flowing through the city. Massive deforestation along with the construction of dams and barrages have also disturbed the ecosystem near the river. Even natural causes like landslides and earthquake-induced shift of river bank have impacted the natural regime of the river. Mr. Sharma said,

We have been listening about Mahananda action plan which was introduced by the government in order to protect the river. So far, we haven’t seen any progress. We urge the authorities to step forward and take adequate steps needed at this point. 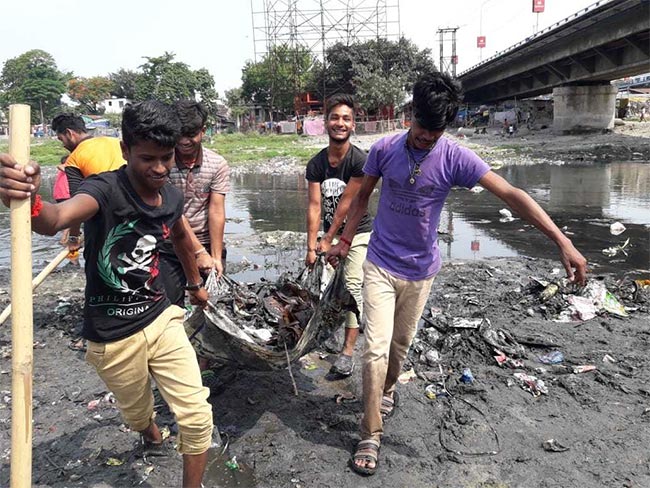 He asserted that every day the campaign’s awareness programmes are garnering support from the residents, especially the youth. The residents are also preparing signages to put up along the banks of the river, urging people not to dump garbage in it.
Mr. Sharma signed off saying,

Our next mission is to conduct another cleanliness drive on June 5 to mark the occasion of World Environment Day and an afforestation programme right after the first monsoon rain. We are also planning to ask the administration to put dustbins near the river and install sewer treatment units along the bank.