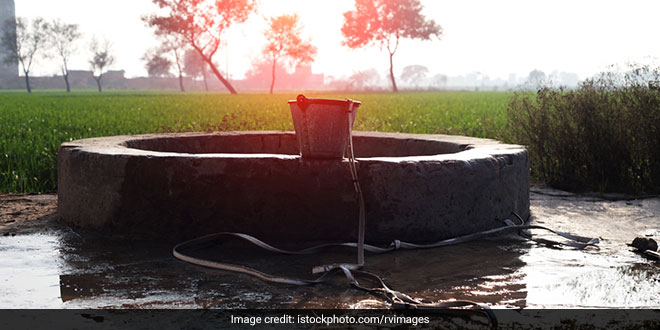 Kolkata: Economic growth is reducing faecal pollution in groundwater in North India, which is a key factor causing water-borne diseases in the densely populated Indo-Ganges-Brahmaputra river basin, a study by researchers at IIT Kharagpur has found. About 100,000 children in India die every year from waterborne enteric diseases like diarrhoea, researchers said. The study, published in the International Journal of Information Management, made first-time observations on a significant reduction of faecal coliform pathogen concentration in the spatially variable groundwater from 2002 to 2017. Professor Abhijit Mukherjee, from the Department of Geology and Geophysics at IIT Kharagpur in West Bengal said,

Looking beyond the country, globally, more than two billion people, mostly living in economically stressed areas of Africa and South Asia still do not have access to basic sanitation, and more than one billion still opt for open defecation.

Night-time light is regarded as a secular proxy for economic growth and in recent times are regularly used as a modern technique for characterising micro-GDP which is GDP for a small area.

Srimanti Duttagupta, PhD scholar at IIT Kharagpur and an author of the research paper based on the study, said,

We have used satellite-based night-time light information based on Defence Meteorological Satellite Program of the US Air Force, archived by NOAA (National Oceanic and Atmospheric Administration)/ NASA (National Aeronautics and Space Administration) for the period 1992-2013. In most areas economic development, suggested by increasing satellite-based nightlight correlated to the reduction in faecal coliform concentration and alleviation of water quality.

The other dataset used was high-resolution geographically spatial information of water-borne faecal pathogen concentration in groundwater from the period 2002-2017. Numerical and statistical analyses were performed on datasets to understand the efficiency of development in alleviating the water quality and public health, and relationship with economic development.

The study showed that the spatially variable groundwater faecal pathogen concentration from 2002-2017 has significantly decreased across the basin. From 2002-2013, night-time light on the surface area as seen from satellites increased by 3.05 per cent per year and faecal coliform pollution decreased 1.39 per cent per year.

The research group observed a significant decrease in groundwater faecal coliform concentration after 2014, in the acquired data. He added,

It was observed that areas with lower literacy rate and very high population density suffer from poor groundwater quality because of faecal coliform pollution, irrespective of economic development. The issue of overpopulation and slums is an intricate problem which is reflected on all life aspects in countries like India, researchers said.

The study reflects through results that higher faecal coliform concentration in urban and peri-urban areas, suggesting economic progress may not be the only influencing factor on water quality alleviation, they said.

The researchers noted that social behaviour and practices, use and disuse and beliefs are mostly related to lower literacy rate. In turn, this results in a lack of awareness and encourage malpractice on sanitation, eventually leading to increased faecal waste into drinking water sourced to groundwater, according to the study.

Lack Of Menstrual Hygiene Is Taking A Toll On Education Of More Than 5 Lakh Girls In Uttar Pradesh: Survey