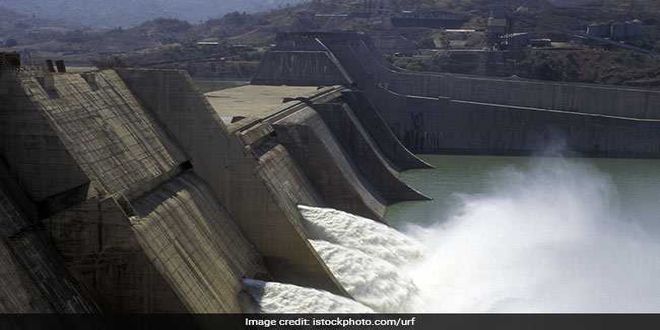 Mumbai: Considering the gravity of the water crisis situation that Gujarat is likely to face this summer, the state government has made advance planning to supply drinking water in urban and rural areas on ‘urgent’ basis till July 31. In a recently held review meeting on the state’s water shortage situation, Chief Minister Vijay Rupani directed the administration to restrict water usage from Narmada Main Canal and Saurashtra Branch Canal starting March 31. He also asked the district collectors to keep a weekly track on water supply.

Over dependence of drinking water on the Narmada Canal System being one of the key reasons of acute water shortage, the chief minister said, “Narmada Main Canal and Saurashtra Branch Canal to carry water for only drinking purposes from March 31.”

The decision to stop supplying Narmada water to other canals was also made in the meeting. At present, the Narmada Canal System is supplying drinking water to 165 urban areas and 8,639 villages and irrigation water for the Rabi crop in the state.

In areas that are likely to be hit by drought, chief minister Rupani instructed the officials to ensure that water is adequately stored in the reservoirs during the monsoons, especially in regions of Saurashtra and Kutch.

Alternative means to reserve water for 32 stressed urban areas and 1,400 villages worth Rs 206 crore were also elaborately discussed. They include areas like Ahmedabad district, Devbhumi-Dwarka, Kutch, Morbi, Bhavnagar, Surendranagar, Junagadh, Rajkot and Patan-Banaskantha. It also reviewed the two most important Tappar Dam and Aji-1 Dam, considered to be the lifeline of Kutch and Rajkot districts respectively.

The Urban Development Department has been directed to come up with a long term plan for water supply in to Nagarpalikas in Saurashtra and Kutch region on a daily basis. Supplying advance water to the salt pans along the seacoast of Surendranagar district through tankers was also tapped in the meeting.

As for supplying and reserving water in hilly tribal belts, the administration will recruit repairing teams to improve the existing hand pumps and pipelines. Citing the specific instance of 280 villages in Sabarkantha district which are served by water from Fatepur and Khed reservoirs, the chief minister suggested water be supplied to the problem areas from the Narmada canal through pipelines.