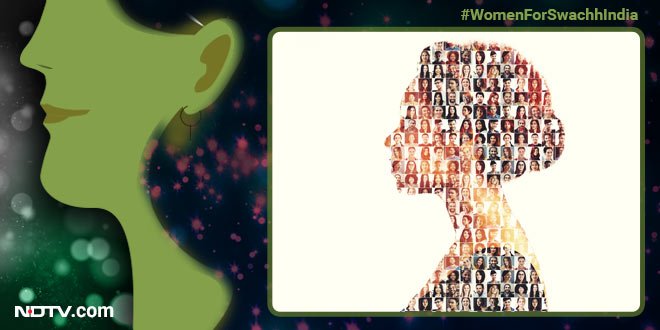 New Delhi: When Swachh Bharat Abhiyan was launched in 2014, not many individuals knew what something as basic as a toilet is. And, the statistics reflect that grim reality – the sanitation coverage in 2014 was a mere 39 per cent. Since then, a lot has been done. Today, the total sanitation coverage in India has moved up to 78 per cent. We have thousands of swachh stories coming from across India like – 1.5 million women in Jharkhand came together to construct 1 lakh 70 thousand toilets in just 20 days; a 13-year-old Karnataka girl going on 2-day fast, simply to get herself a toilet; Uttar Pradesh’s Firozabad district, introducing ‘Toilet Parliament’ to end the evil tradition of open defecation. Moreover, apart from focusing just on constructing toilets, the campaign has shifted its focus to other programmes like menstrual hygiene, waste management in order to make India successfully swachh in all aspects.

Now, using the occasion of March 8, the International Women’s Day, India is planning to take mission Swachhta to greater heights. Here are series of activities that have been planned for March 8:

1. Swachh Crusaders To Be Honoured

Prime Minister Narendra Modi in the 41st edition of his monthly radio programme, Mann Ki Baat, suggested that women of India should be felicitated on that day for their achievements in every village and city. Last year too, PM Modi honoured various Swachhagrahis on March 8, 2017 like 30-year old Sushila Khurkute of Palghar in Maharashtra who dug a pit all by herself for two toilet blocks in her village when she was seven months pregnant. Or like the woman sarpanch from Shalbari in West Bengal – Shibani Dakua who convinced people to build some 1800 toilets.

On March 8, Karnataka hopes to give the women of the state a special gift – an open defecation free state. Recently at a meeting in Kalaburagi in Karnataka, Secretary, Ministry of Drinking Water and Sanitation, Parameswaran Iyer confirmed the news and said that the state is making good progress; hopefully it will achieve the ODF status soon.

3. Railway To Install Sanitary Napkin Dispensers At 200 Stations By March 8

In a recent statement, the Railway ministry has highlighted how railways plan to celebrate Women’s Day – they want to install sanitary napkin dispensers and incinerators at about 200 major railway stations across the country by March 8.

The decision has come in a bid to benefit women employees and women of financially weaker sections of the society. Railway Minister Piyush Goyal also added that such projects should be scaled up and the national transporter should be a leader in such social spheres.

Currently, sanitary pad dispensers and incinerators have already been installed in New Delhi and Bhopal Railway stations and Railway Offices across the country, including one at Baroda House, the Headquarter office of the Northern Railway.

On International Women’s Day, Maharashtra government will formally launched its Asmita Yojana scheme, under which rural school girls will be provided sanitary napkin packet at Rs 5 while rural women can avail it at a subsidised rate of ₹ 24 and ₹ 29. The scheme will be launched by Chief Minister Devendra Fadnavis and Bollywood actor Akshay Kumar on March 8.

The announcement of the scheme was done last year by Women and Child and Rural Development Minister Pankaja Munde. This entire scheme is being implemented by the Rural Development Department under the Maharashtra State Rural Jivonnati Campaign with the Additional Director of Family Welfare Department functioning as the Nodal Officer.

The State government has also appointed “Umed’- the Maharashtra State Rural Livelihood Mission, as a nodal agency for effective implementation of Asmita Yojana scheme. Under the scheme, beneficiary girls will also be given ‘Asmita Cards’, while Self Help Groups (SHGs) will be given the task of the supply and sale of these sanitary pads. Additionally, they will also be counselling the girls and women about menstrual hygiene in the state.

Also Read: Menstrual Hygiene As The Focus, Maharashtra Works Towards Awareness And Access To Sanitary Napkins For Every Woman

Recently, a mobile app and a web portal under the same scheme have been launched in order to reach more and more women in the state.

Talking about the funds, a total of Rs. 3 crore has been allotted which will reach out to 36 districts of the state.