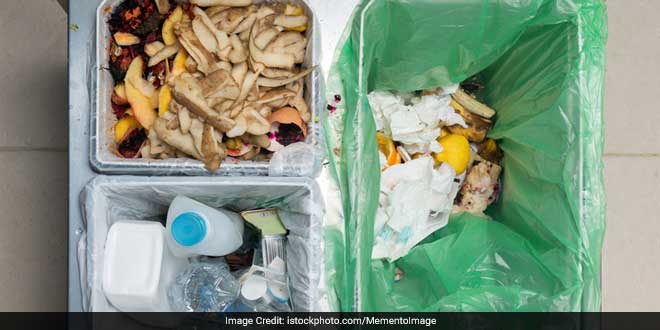 New Delhi: After achieving the coveted title of open defecation free (ODF) in 2016, the largest city of Gujarat – Ahmedabad decided to take the next step in Swachh journey. First, the Amdavadis got a New Year’s gift on January 5 by achieving the open defecation free plus (ODF+) certificate. The ODF+ certificate means that the city has been successful in sustaining its ODF status with no instances of open defecation being reported. Now, city 12 lakh houses are segregating 100 per cent of the waste generated. Harshadray Solanki, Director of Solid Waste Management, Ahmedabad Municipal Corporation (AMC) said,

We wanted to reduce the waste burden from Ahmedabad’s Pirana landfill that is infamous for its garbage mountains and frequent tragedies. The municipal corporation decided to take the first step towards effective waste management and that’s when we decided to implement strict rules for waste segregation within the city.

As a first step, Amdavadis were taught waste segregation and made aware about the rule from the corporation that from December 3, AMC will not collect waste from households if it is not separated into dry and wet waste.

The journey to change the mindsets of people is not an easy ride. We followed the ‘triggering’ approach on a daily basis, wherein we will go to different spots and make people aware of the benefits of waste segregation and ill-effects of bad waste management. More than 45,000 AMC workers were involved in the process, they also went door to door to teach people the basics of waste segregation and why it is important for them to follow this practice. Not just that, to make the waste segregation process more effective, AMC also removed garbage vulnerable points from within the city and installed more than 6,000 dustbins in commercial areas.

Ahmedabad Municipal Corporation has put in place Material Recovery Centres where the segregated waste further gets segregated into various categories for effective waste management instead of the waste going directly to the landfill.

“AMC has put a waste management chain in place – the sanitation workers collect the segregated waste from home, bring it to the material recovery centres and from there they further segregate it so that it can be either sent for recycling or compost can be made. Because we are following an end to end chain, we have seen a 35% increase in recyclable waste,” adds Mr Solanki.

Now, the focus for AMC is to initiate composting at household level so that the corporation can focus only on managing dry or recyclable waste and make Ahmedabad progress towards becoming a zero-landfill city.

Also Read: Use Toilet And Get Paid At This Ahmedabad Café

Electric Scooters On Call: Delhiites Get Ready To Ride On ‘E-Bike’ Made By Amritsar Based Startup