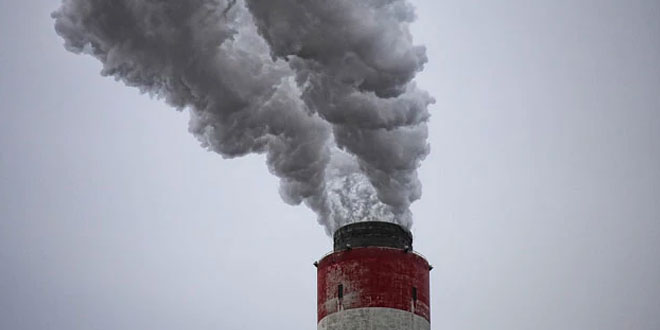 New Delhi: The Central government on Wednesday collaborated with the German government to combat air pollution and exchanged a joint declaration for the implementation of India’s National Clean Air Programme (NCAP). The declaration was exchanged between the Central Pollution Control Board (CPCB) and German environment agency (UBA) at the Third Indo-German Environment Forum on “Clean Air, Greener Economy”, held at the Hyatt Regency hotel in New Delhi. Delivering the keynote address at the event, Union Minister for Environment, Forest and Climate Change Harsh Vardhan said that the bilateral cooperation with Germany would focus on climate change adaptation, marine litter, forestry and sustainable development goals (SDGs). He said,

India and Germany have had a rich cooperation engagement for the last 60 years, which extends to sectors such as natural resource management, urban environment protection, climate change adaptation and mitigation, and innovative green technologies. Germany is amongst India’s most important partners both bilaterally and in the global context.

The bilateral cooperation in future should focus on marine litter, SDG and NDC implementation, climate change adaptation, and forestry.

In a following session at the forum, CPCB member-secretary Prashant Gargava said that India’s two recent initiatives had been game-changers in combatting air pollution. He said,

Two initiatives, which to my mind are game-changers- one was in 2010, when, for the first time, a comprehensive study was taken up in six cities, through which we started understanding the sources which are contributing to pollution and why the problem is of particulate matter. The second, equally important initiative, was the air quality index (AQI), launched in 2015, and that ensured that public participation grew more and more.

The event had panel discussions focussed on challenges, solutions and the necessary framework conditions for air pollution control, waste management and implementation of NDCs (Nationally Determined Contributions) and SDGs based on the Paris Agreement and Agenda 2030 of the UN (United Nations) respectively.

During the event, the Federal Environment Minister from Germany, Svenja Schulze, said progress and implementation of Agenda 2030 were slow and the window of opportunity for a low-carbon economy was dwindling. She said,

A lot has been achieved in recent years but the global carbon emission is still rising. The 2030 Agenda of the UN needs to be taken seriously by the government. The forum needs to build on experience exchange and cooperation will be strengthened in the areas of marine litter, waste to energy, biodiversity, waste, and water.

Over 200 representatives of ministries, as well as NGOs, participated in the forum, which was organised by the two countries in cooperation with the Asia-Pacific Committee of German Business and the Federation of Indian Chamber of Commerce and Industry (FICCI).

Related Topics:
Delhi Eco-friendly
Up Next