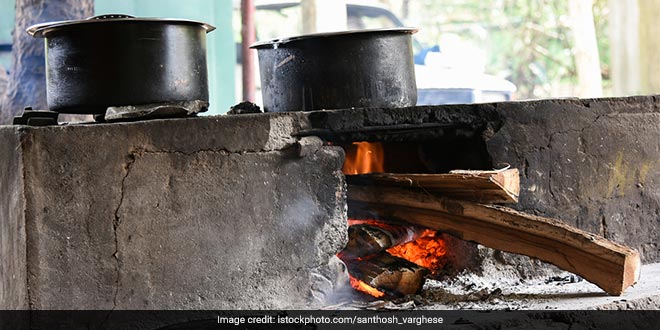 New Delhi: India could make a major dent in air pollution and save about 2.7 lakh lives a year by curbing emissions from dirty household fuels such as wood, dung, coal, and kerosene, according to a study led by researchers from IIT (Indian Institute of Technology) Delhi. Eliminating emissions from these sources without any changes to industrial or vehicle emissions would bring the average outdoor air pollution levels below the country’s air quality standard, shows the study published in the journal Proceedings of the National Academy of Sciences.

Mitigating the use of household fuels could also reduce air pollution-related deaths in the country by about 13 per cent, which is equivalent to saving about 2.7 lakh lives a year, said researchers, including Sagnik Dey of the IIT Delhi. “Household fuels are the single biggest source of air pollution in India,” said Kirk R Smith, a professor at the University of California, Berkeley in the US (United States of America). Mr. Smith said,

We looked at what would happen if they only cleaned up households, and we came to this counterintuitive result that the whole country would reach national air pollution standards if they did that.

In many rural areas of the world where electricity and gas lines are scarce, the bulk of air pollution originates from burning biomass, such as wood, cow dung or crop residues to cook and heat the home, and from burning kerosene for lighting.

As of early 2016, nearly half of the Indian population was reliant on biomass for household fuel, researchers said. In addition to generating greenhouse gases like carbon dioxide and methane, these dirty fuels kick out chemicals and other fine particulate matter that can stick in the lungs and trigger a whole host of diseases, including pneumonia, heart disease, stroke, lung cancer, and chronic obstructive pulmonary disease. Mr. Smith said,

There are 3,000 chemicals that have been identified in wood smoke and taken at a macro level, it is very similar to tobacco smoke.

While this is still far above the World Health Organization (WHO) standard of 10 micrograms per cubic meter, it could still have dramatic impacts on the health of the country’s residents, Mr. Smith said. He further said, “You can’t have a clean environment when about half the houses in India are burning dirty fuels every day. India has got to do other things to fix air pollution—they’ve got to stop garbage burning, they’ve got to control the power plants, they’ve got to control vehicles and so forth. But they need to recognize the fact that households are very important contributors to outdoor air pollution, too.”

In 2016, India instituted a national programme to distribute clean-burning stoves and propane to 80 million impoverished households, or about 500 million people, researchers said. The rationale behind this programme was to prevent illness due to cooking and heating smoke trapped within the home.

However, Mr. Smith hopes the study’s findings will bolster support for reducing outdoor air pollution, as well. Similar programs have been successful in China, where air pollution is now on the decline in 80 cities. He said,

We’ve realised that pollution may start in the kitchen, but it doesn’t stay there – it goes outside, it goes next door, it goes down the street and it becomes part of the general outdoor air pollution.

While curbing the use of dirty household fuels will reduce emissions of health-damaging fine particulate matter, it’s not clear what effect the change will have on the emissions of greenhouse gases that cause climate change, Smith said. That’s because both “dirty” fuels, like biomass, and “clean” fuels, like propane, both emit carbon dioxide when burned.