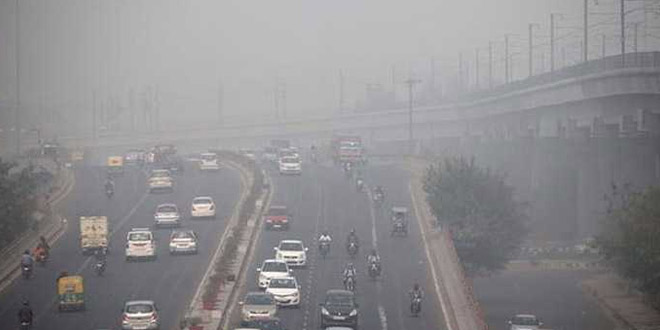 New Delhi: The Indian Institute of Technology (IIT) Delhi is working for the central government to devise a plan detailing what action should be taken and at what time for controlling air pollution in the city. IIT Delhi, which has a Centre of Excellence for Research on Clean Air, to take up research to study air pollution issues in Delhi-NCR region, is working closely with the Central Pollution Control Board (CPCB) in this regard. Mukesh Khare, Professor of Environmental Engineering at IIT Delhi, who is leading the evaluation team, said to PTI,

Round the year, several initiatives are taken to deal with the problem of air pollution, including ban on construction activities, burning of crackers and restriction of outdoor activities in schools, to name a few. However, what is not realised is that suddenly suspending construction activities when air quality has already deteriorated to a certain level does not help much.

He further added, “So, it is more advisable to implement the measures beforehand. We are evaluating what should be the timing of what action regarding dealing with air pollution so there is a calendar sort of for the entire year.”

According to Mr. Khare, the need for evaluating the timing of the actions was felt a few weeks after the launch of the National Clean Air Programme (NCAP) last year. NCAP is a mid-term, five-year action plan that includes collaborative, multi-scale and cross-sectoral coordination between relevant central ministries, state governments, and local bodies. He said,

The overall objective of initiatives to combat air pollution is comprehensive mitigation actions for prevention, control, and abatement of air pollution, besides augmenting the air quality monitoring network across the country and strengthening the awareness and capacity-building activities.

Mr. Kgare added, “While city-specific action plans are being formulated for 102 non-attainment cities identified for implementing mitigation actions under NCAP, the timing of the actions which needs to be in advance rather than damage control is a grey area which needs to be addressed.”