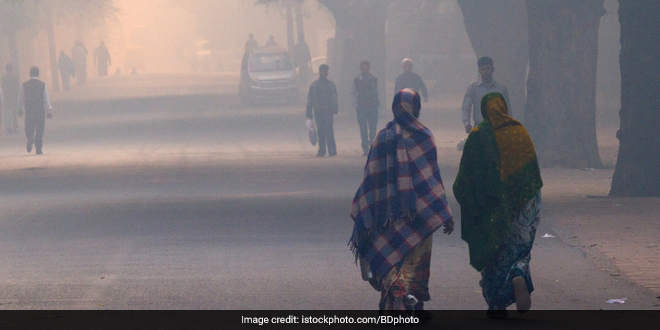 The wind speed is likely to remain “highly unfavourable” for dispersion of pollutants till Wednesday, the Indian Institute of Tropical Meteorology (IIMT) said.

According to experts, even healthy people find it hard to breathe when air quality level is at ‘severe’ and doctors advise physical activity to be kept at a minimum. In a health advisory, the Centre-run System of Air Quality and Weather Forecasting (SAFAR) asked Delhiites not to rely on common dust masks for protection. The agency has advised people to avoid all outdoor activities, including taking walks.

If the room has windows, close them, if the air conditioner provides a fresh air intake option then choose it, avoid burning anything such as wood, candle or even an incense, it said.

It has also recommended frequent wet mopping and using masks known as N-95 or P-100 respirators only for outdoor activities. “Do not rely on dust masks for protection,” the advisory added.