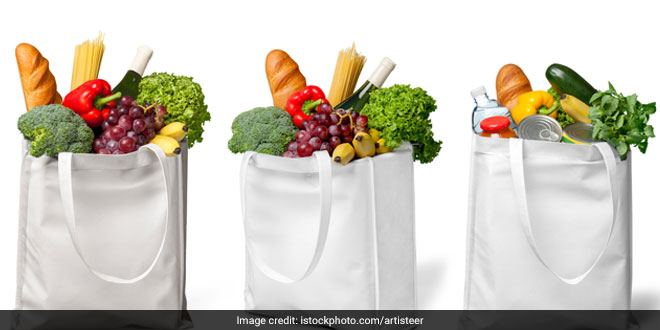 Mumbai: Bidding goodbye to plastic items and welcoming the New Year on an eco-friendly note, thousands of citizens in the temple town of Madurai visited specially designated spots on the last day of 2018 and the first day of 2019 to receive cloth bags as a return gift from the Madurai Municipal Corporation (MMC) for depositing plastic items like carry bags, cutlery, bottles, and so on. The massive exchange event was organised by the MMC in keeping with the state-wide plastic ban that came into effect in Tamil Nadu on January 1, 2019.

On December 31 the corporation launched the ‘No plastic New Year and Bhogi’ (Bhogi is the primary day of the four-day Pongal celebrations in the state falls on January 14 this year) event to collect plastic from the citizens. In two days, around 15,000 cloth bags have been distributed at 16 places across the city and approximately 15 tonnes of banned plastic items including cups, glasses, polythene, spoons, plates have been collected in return by the civic corporation. The collected plastic will be sent for recycling.

We want to bring back the concept of ‘Carry Your Own Bag’ for implementation of the plastic ban to be successful in the city. Among all the plastic items, cheap and easily available carry bags are used rampantly by the citizens and if we are able to replace them then half our work is done. The event was successful only because the people took an initiative to visit the centres despite being in a holiday mood.

Commissioner Aneesh Shekhar was also personally involved in the campaign as he distributed the cloth bags at MGR Bus Terminal which was one of the centres. While giving out the eco-friendly bags, he made sure he also educated people about the plastic ban.

Giving up plastic items isn’t a one-day task. It has to be practiced every day till the toxic polluter is eliminated completely. It is going to take some time as habits die hard. But with proper awareness and systematic expectation achieving the national target of eradicating single-use plastic items by 2022 is possible, he said.

The cloth bags were procured by the MMC from multiple Self-Help Groups (SHGs) in the city. to increase employment generation through making of these bags. The SHGs have been given space in each ward to set up stalls and sell the bags.

Besides receiving cloth bags, citizens who deposited plastic items in bulk also got tiffin boxes as additional gifts. The aim behind giving the tiffin boxes was to tell people to avoid plastic packaging and instead switch to alternatives like steel or glass containers. Many Resident Welfare Associations (RWAs) also gave plant saplings to people as a token of appreciation.

Also Read: Plastic Ban In Tamil Nadu: Carry Your Own Utensils And Get 5% Discount On Takeaways

We are living in an era where we are surrounded by items that are harmful to people as well as the nature. From tree felling, dumping plastics in ocean to landfills catching fire, it is a no secret that climate is degrading because of human actions. Thus, by giving out plant saplings we made our small contribution for the environment, says Priya Chaturvedi, member of one of the RWAs.

Among the other steps taken by the corporation, includes imposition of fines up to Rs 500 on traders and bulk users of banned plastic items. On January 1, though it was a holiday, officials from the MMC conducted surprise checks in shops, vegetable markets and hotels. A few officials were also stationed near the temples as huge numbers of plastic bags are used to wrap the prasads and flowers. One of the officials who was manning the Koodal Alagar temple noticed people being conscious about not using plastic carry bags.

While many devotees were carrying cloth bags, vendors selling flowers and prasads were using leaves as a wrapping material. However, there were a few shops near the temple where we issued a warning against the use of plastic, says an official from MMC.

Seizing plastic items is not a new phenomenon in the city, as the corporation has been discouraging the use of plastic items for the last two years. Since 2016, every Wednesday was dedicated to collecting plastic items from people’s houses and corporate buildings. This was done on a participatory basis meaning people who are willing to give up plastic. In September last year, the MMC banned single-use plastic items from all the government offices and replaced it with eco-friendly alternatives. Meanwhile, massive awareness campaigns were undertaken last year in educational institutes, parks, RWAs to stop people from using plastic.

There has been a considerable behaviour change recorded in the last two years. We have not only made aware but also made available enough plastic alternatives in the market to make the switch an easy process. Thus, implementing the ban successfully is possible, says a city health official.

At present Madurai generates 560 tonnes of waste daily of which 30 per cent is plastic waste. The drives by the MMC has resulted in reduction of plastic waste generation by 90 per cent as per the official figure of the corporation. In the next three months, the corporation aims to make the city plastic free.

Plastic items including plastic sheets used for food wrapping, plastic/thermocol plates, cups, bags of all sizes and thickness, water pouches, straws, flags are banned in the state. To ensure that the day-to-day activities of people isn’t affected, the state government has listed eco-friendly alternatives made from paper, cloth, leaves, clay and metal in its notification ban.