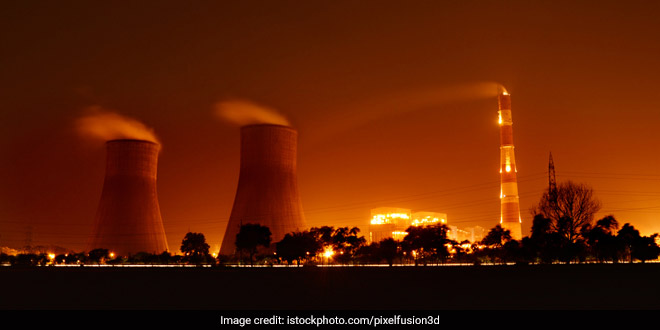 New Delhi: The Supreme Court on Thursday granted four weeks to power firms of state governments to appraise it about the time required for complying with the emission standards, including nitrogen oxide (NOX). A bench of Justices Madan B Lokur and Deepak Gupta was told by the counsel appearing for the association of private power generating units that they had received the apex court’s notice issued to them last week only and they needed some time to file their response. The top court had last month issued notices to the power generating companies of the state governments and the association to assist it in the matter which deals with compliance of emission standards for SOX (sulphur oxide) and PM (particulate matter) by 2021 end, and on NOX by end 2022 with regard to thermal power plants.

Advocate Aparajita Singh, assisting the court as amicus curiae in the air pollution matter, told the bench that private power generating companies should be asked to furnish an undertaking that they would comply with the emission standards within the 2022 deadline. The amicus said last month, the Centre had stated that National Thermal Power Corporation (NTPC) and Damodar Valley Corporation (DVC) were directed to comply with emission norms for SOX and PM by December 31, 2021.
The bench has posted the matter for hearing after six weeks. The government had earlier informed the top court that NTPC was carrying out a pilot project on NOX emission level and depending upon its result, the NOX emission standards for thermal power plants would come within permissible limits by December 31, 2022. It had also told the court that NTPC has 48 thermal power plants while DVC has nine such units having installed capacity of 500 megawatts and were situated in dense or critically polluted areas.

The government had said there were some private units and state government-run thermal power generation units that have installed capacity of more than 500 megawatts and the Ministry of Power can neither exercise “coercive authority” over them nor can give any commitment on their behalf. The apex court had earlier slammed the Centre and the Ministry of Power for extending till 2022 the deadline for thermal power plants across the country to adhere to emission norms.
The court-mandated Environment Pollution (Prevention and Control) Authority (EPCA) had filed its report before the bench on emission standards for thermal power plants. This issue had cropped up when the court was hearing a matter related to air pollution in Delhi-national capital region (NCR).