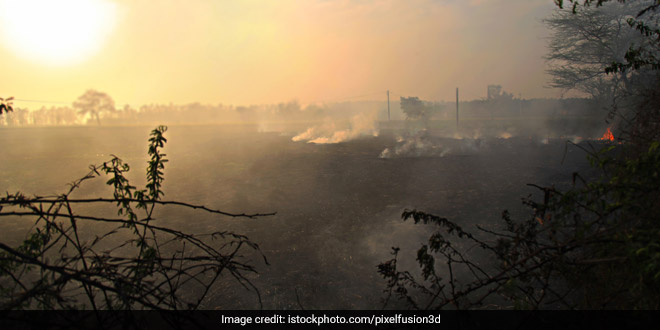 New Delhi: One-sixth of the world’s population is impacted and affected by air pollution with various countries taking remedial measures, which are still not enough to curb this menace that continues to jeopardise our lives and that of future generations.
Pollution is the largest environmental cause of disease and premature deaths in the world today. Last year, the Lancet Commission on Pollution and Health, attributed to air pollution an estimated 6.5 million premature deaths globally, with 1.1 million being from India.

Air Quality Index (AQI) levels of our cities are constantly off the charts, which is now creating various challenges for urban spaces. Clean air is a basic necessity and has become one of the most elusive resources in our cities. Air pollution is caused as a result of a complex mix of natural anthropogenic sources like – inherent geographical disadvantages, stubble burning, emissions for vehicles, burning of fossil fuels, improper waste management, and particulate matter.

According to the field visit reports, the compliance score in Delhi stands at only 4.6 per cent, Faridabad 5 per cent, Gurugram 3 per cent, Ghaziabad 3.7 per cent and 7 per cent in Noida, he said.

Air pollution causes “oxidative stress,” a course that can trigger cell damage as these tiny and fine particles enter our system. Oxidative stress is believed to be a factor in a number of diseases like asthma, irritation in the throat and eyes, cancer, cardiovascular diseases, diabetes, Alzheimer’s, Parkinson’s, and age-related muscular degeneration. Our food plate not only helps us combat damaging effects of air pollution but, can also help us develop resilience against the detrimental and lifelong health impacts of pollutants.

Various researches world over suggest that antioxidant-rich foods are enemies of free radicals. They protect the body from various deleterious effects of free radicals, pollutants, and toxins. Some of the antioxidant superfoods are almonds, walnuts, pistachios, and pecans, wild blueberries, cranberries, apples, and others. These vegetarian options are readily available at normal grocery stores and Indian industry bodies like Forum of Indian Food Importers (FIFI) have been requesting the government to reduce customs duties on these products to make them more affordable for a common man.

It is well known that most of the vitamins cannot be synthesized in the body and hence their supplementation in the diet is essential. Numerous studies show that Vitamin C and E extensively help fight the damaging consequences of air pollution – their main function is to help develop a healthy immune system and guard against cell damage. While citrus fruits, raspberries, blueberries, cranberries, apples are the rich source of Vitamin C. Vegetable oils, olive oil, walnuts, almonds, and green leafy vegetables are a powerhouse of Vitamin E.

In a survey, 735 kids in Delhi underwent a lung health screening test (LHST), out of which 21 per cent were found to have poor lung capacity while another 19 per cent had bad lung capacity. Another shocking illustration of air pollution in Delhi NCR was noted when the condition of the artificial model of lungs, which was placed outside the parking lot of Sri Gangaram Hospital, has drastically changed from white to black within 48 hours.

The air pollution can attack lungs causing breathing difficulties and to maintain lung health it is advised by medical practitioner advice to include water, fresh apples, walnuts, berries, poultry, broccoli, and apricots to the daily diet.

Remember, if you don’t kill pollution then it will kill you. Make your food plate solution against the odds faced by invisible killers like air pollution and add perfect shades of fresh fruits, nuts, berries, and others to your healthy living mantra.