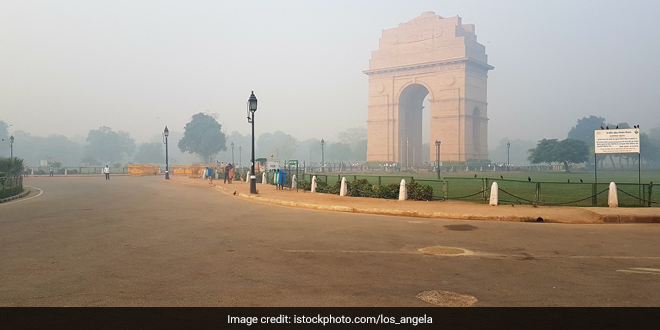 New Delhi: There has been a 10-15 per cent rise in patients suffering from cardiovascular disease in the past few days after Delhi’s air pollution levels rose sharply, said a cardiologist at Ram Manohar Lohia Hospital. “The current situation in Delhi is very critical. The PM levels are reaching up to 800. Around 10-15 per cent rise in cardiological patients has been registered,” Dr Tarun, Cardiologist, Ram Manohar Lohia Hospital said.

People should remain indoors and increase uptake of anti-oxidants which are found in abundance in fruits. Whenever one has to go out then the usage of N95 mask is mandatory because it is the only mask which protects from PM pollution. People should improve the environment at the homes by having some plants like money plant, snake plant etc. Finally, if it is affordable then air purifier should be used in the homes, the doctor added.

The air pollution levels in Delhi and its adjoining areas remained in the ‘severe’ category for the third consecutive day despite the implementation of the Odd-Even scheme.

Ghaziabad, Faridabad, Gurugram, and Noida were engulfed by a thick blanket of smog in the morning today, which reduced visibility on the roads and caused problems to commuters.

The overall Air Quality Index (AQI) in the national capital on Friday was recorded at 482 which falls under the ‘Severe’ category with PM10 being 504 and PM2.5 – 332, according to Center-run SAFAR.