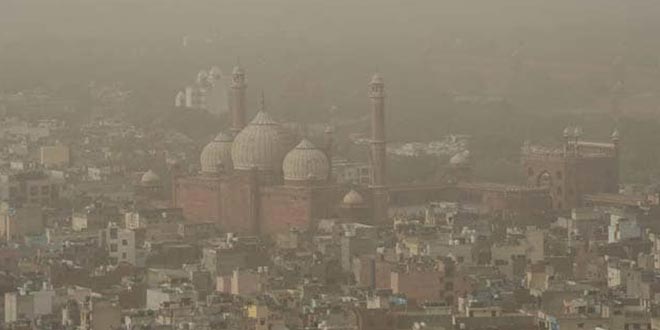 New Delhi: After few days of ‘good’ air quality in the national capital, the pollution level has gone up due to local factors, officials said ON Sunday. The Air Quality Index (AQI) was recorded at 159, over four times more than on last Tuesday, according to the Centre’s System of Air Quality and Weather Forecasting and Research Institute (SAFAR). An AQI in the range of 0-50 is considered ‘good’, 51-100 ‘satisfactory’, 101-200 ‘moderate’, 201-300 ‘poor’, 301-400 ‘very poor’ and 401-500 ‘severe’. A Central Pollution Control Board (CPCB) official said the rise in pollution level is due to local factors especially the vehicular pollution. “After the monsoon subsided, the local reasons resulted in an increase of pollution in the city”, the official said.

Also Read: Delhi Government Directs Departments To Be Ready With Anti-Pollution Measure Ahead Of Winters