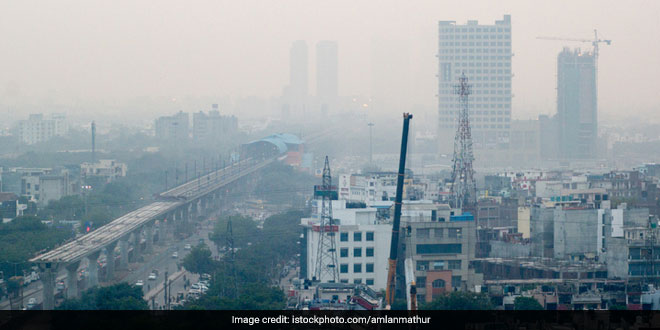 Noida: A penalty of over Rs 15 lakh was imposed on individuals and contractors involved in building constructions who were found violating the National Green Tribunal (NGT) order on containing pollution, the Noida Authority said on Tuesday. The action comes a day after the Supreme Court directed the Central Pollution Control Board (CPCB) to initiate prosecution of government officials who have not penalised polluters despite receiving complaint against them.

A total penalty of Rs 15.58 lakh has been imposed on violators (whose construction materials were uncovered) today. As many as water tankers have been pressed into service across the city for sprinkling water to check dust and air pollution, Chairman and CEO, Noida Authority, Alok Tandon said.

I have asked authority officials for toughest action on violators of NGT orders. Officials, including junior engineers, assistant engineers and executive engineers have also been warned to ensure compliance as per court orders, he said.

Amid severe environment concerns in the region, the CPCB had informed the Supreme Court on Monday that “highest number” of air pollution complaints in the Delhi-NCR pertain to construction and demolition activities, followed by burning of waste and road dust.

Unpaved roads, traffic congestion and industrial emissions constitute other sources of pollution, it had said.

Dust-free zones (planting grass to check soil erosion) have been created along 100 km of the city roads. Our target is to complete 375 km by March next year, he said.