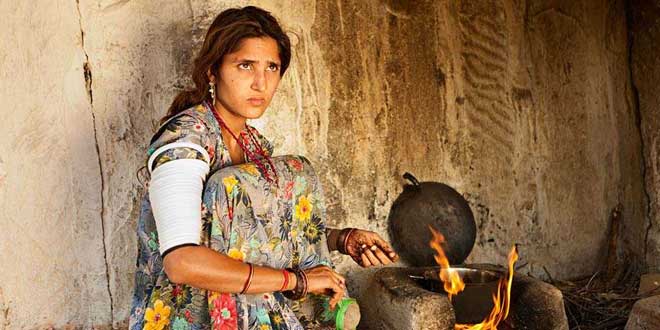 Kolkata: Scientists warn that inhaled air pollutant particles (particulate matter) are moving from the lungs to placentas of pregnant women, highlighting an urgent need for stricter policies for cleaner air that will lower impacts of pollution on health. The new study presented at the European Respiratory Society International Congress adds to existing evidence on the dangers of pollution for unborn babies and suggests that when pregnant women breathe polluted air, sooty particles are able to reach the placenta via the bloodstream.

The work was presented by Norrice Liu, a paediatrician and clinical research fellow and Lisa Miyashita, a post-doctoral researcher, both members of Professor Jonathan Grigg’s research group at Queen Mary University of London. “We have known for a while that a correlation exists between maternal exposure to air pollution derived particulate matter and harmful effects on the foetus but the mechanisms behind this correlation remain to be unidentified. We, therefore, wanted to investigate whether particles travel to the placenta,” Miyashita told Mongabay-India, adding that this study provides the first evidence that inhaled particulate matter (PM) translocates from the lung to the placenta.

The researchers examined the placentas of five pregnant women in the United Kingdom who were due to have planned caesarean section deliveries at the Royal London Hospital. They were all non-smokers with an uncomplicated pregnancy and each one gave birth to a healthy baby. The women all gave permission for researchers to study their placentas after delivery, a press release said. The researchers examined cells called placental macrophages. Macrophages exist in many different parts in the body. They are part of the body’s immune system and work by engulfing harmful particles, such as bacteria and pollutant particles. In the placenta, they also help protect the foetus.

“We do not know whether the particles we found could also move across into the foetus, but our evidence suggests that this is indeed possible. We also know that the particles do not need to get into the baby’s body to have an adverse effect because if they have an effect on the placenta, this will have a direct impact on the foetus. Pregnant women should avoid heavily polluted areas where possible. Stricter policies for cleaner air will reduce the associated risk,” Ms. Miyashita said.

That India tops the world in bad air quality is not in doubt. Data from the World Health Organisation reveals India has 14 out of the 20 most polluted cities in the world in terms of PM2.5. Populations are exposed to levels of fine particulate matter air pollution (PM2.5) that exceed the annual mean value of 10 micrograms per cubic metre recommended in the WHO air quality guidelines. PM2.5 includes pollutants, such as sulfate, nitrates and black carbon, which pose the greatest risks to human health. A multi-country study in 2013 found mothers who are exposed to particulate air pollution, the type produced by vehicles and power plants, are more likely to bear children of low birth weight.

A recent study on exposures to fine particulate matter (PM2.5) and birthweight in rural-urban, mother-child cohort in Tamil Nadu, India, showed that a 10 microgram per cubic metre increase in PM2.5 exposures during pregnancy was associated with a 4-gram decrease in birth-weight. The study called for the “need to consider maternal PM2.5 exposures alongside other risk factors for low birth weight in India.” Low birth weight is counted as a leading cause of child mortality in India besides prematurity, pneumonia, diarrheal diseases and other factors. Government data underscores that “with the under-five mortality rate in India at 43 per 1,000 live births, infant mortality rate at 34 per 1,000 live births and neonatal mortality rates at 25 per 1,000 live births, it is estimated that 10.8 lakh under-five children die annually.”

India continues to show impressive gains in reduction of child deaths with under-five deaths in India falling below the one million mark for the first time as per the latest UN estimates. However, the estimates say “the share of neonatal to under-five mortality continues to increase due to a faster decline in postneonatal deaths, with newborn deaths now contributing to 62 per cent of under-five deaths, calling for greater investments in care before and during pregnancy and in the period around childbirth”.

According to Srikanth Nadadur, program officer in the Exposure, Response, and Technology Branch at the United States’ National Institute of Environmental Health Sciences, developing foetuses are highly vulnerable to the negative health consequences associated with many environmental exposures, such as air pollution. Terming the placenta-based study interesting, Mr. Nadadur said more data is needed to establish a clear link between air pollution and adverse health effects during pregnancy.

“This particular study was looking at tiny particles of carbon that typically come from ambient air pollution resulting from burning fossil fuels,” Mr. Nadadur told Mongabay-India. “In India, we do see that type of air pollution, however, there is also a high prevalence of indoor air pollution sources, such as those that come from cookstoves, biomass burning and indoor cooking, which the study did not look at. That would be an interesting follow-up study to do as well,” he said. In terms of research, Mr. Nadadur said, more work needs to be done linking different types of air pollution (indoor versus outdoor) to adverse health effects, as well as factoring the levels of the mothers’ exposure (higher levels seen in India, Mongolia or China).

On the same line, Pratap Kumar Padhy, who works on pollution biology, stressed that in India, along with outdoor air pollution, maternal and child health is also at greater risk from exposure to indoor air pollution (from using biomass fuel) where concentration of particulate matter is often many times higher than in outdoors. “In our studies on tribal women of northeast India we found that women exposed to higher concentration of pollutants during cooking with fuelwood had lower pulmonary functions and more respiratory symptoms compared to women cooking with LPG,” Mr. Padhy, Associate Professor and former head at the department of environmental studies Visva-Bharati, Santiniketan, said.

“Our study also reported that both PM2.5 and PM10 were associated with alteration in levels of haematological parameters (haemoglobin, platelet count, White Blood Cells and Red Blood Cells) and antioxidants indicating oxidative stress in tribal women,” he said.

Exposure to high concentration of PM2.5 can lead to changes in blood parameters such as levels of haemoglobin, red blood cells, white blood cells and platelet counts which in turn may adversely affect foetal growth, he said. “The World Health Organisation has recommended three interim targets of PM2.5 levels for countries to achieve to reduce health risk. However, most Indian cities are far from achieving these targets. For India to achieve these targets, stringent policy measures are required along with advanced technologies and a will to follow the path of sustainable development,” Mr. Padhy added.