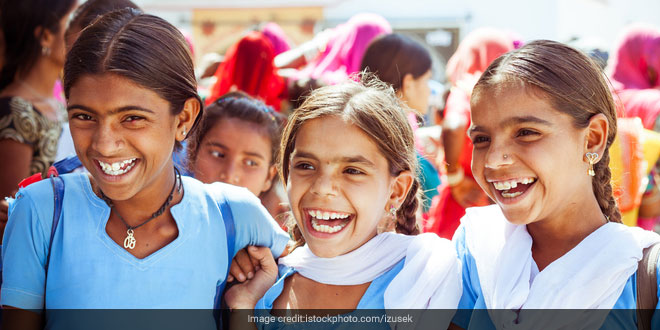 Mumbai: At a time when the government is claiming success for its flagship Swachh Bharat Mission, a survey has revealed that around 40 per cent of the teenage girls in the country still have to defecate in the open. The survey also found that 46 per cent of teenage girls use unhygienic materials during mensuration and that one out of every second girl was anaemic. The study, named TAG (Teen Age Girls) Report 2018, was carried out among 74,000 girls in the age group of 13-19years, across 600 districts, by Project Nanhi Kali, and compiled by Naandi Foundation, with grant support from Mahindra group.

“There was a pressing need to understand our teenage girls better. I am confident that the TAG Report will serve as an important reference document for those in both the public and private sectors that are working towards the upliftment of girls and women across the country,” Anand Mahindra, chairman, Mahindra group, said at the launch.

This is a phenomenally comprehensive survey. These are voices of hope & aspiration. We need to #ListenToHer https://t.co/StEdKOyXLT

According to the report, there are 80 million teenage girls in the country at present. “40 per cent of teenage girls still have to defecate in the open, while 46 per cent use unhygienic materials during menstruation. Also, only 46.3 per cent of the rural girls surveyed had access to hygienic methods of menstrual protection,” according to the TAG report. Prime Minister Narendra Modi recently claimed that till four years ago, India’s share in the world’s population that practised open defecation was 60 per cent, which has now come down to below 20 per cent.

On health parameters, normal levels of haemoglobin are almost the same in both urban (51.5 per cent) and rural (46.8 per cent) girls, highlighting that the situation across the country is worrisome, it said. Besides, one in every two-teenage girls has a low body mass index (BMI), it noted, adding, just about half the population of both urban (50.5 per cent) and rural (44.6 percent) girls have a normal BMI.

Read Also: World Health Day 2018: A Number Of Indian Children Continue To Fall Prey To Malnutrition And Stunting, And Safe Sanitation Practices Could Rescue Them From Their Plight

While 70 per cent of the girls surveyed said that they want to pursue higher studies, as much as 74 per cent wish to work after their studies and have a specific career in mind. Career aspiration is as strong in rural girls (71.8per cent) as in urban girls (80.2 per cent), it the survey said adding in rural as well as urban India, 73 per cent of girls aspire to marry only after they are 21 years old, by which time they would expect to be earning a living. The survey findings have been used to prepare a TAG Index, which compares the performance of each state on status of their teenage girls. According to the Index, Kerala and Mizoram were the top two states, while the top three cities were Mumbai, Kolkata and Bengaluru.

In A Historic Step, European Parliament To Ban 10 Single-Use Plastics By 2021