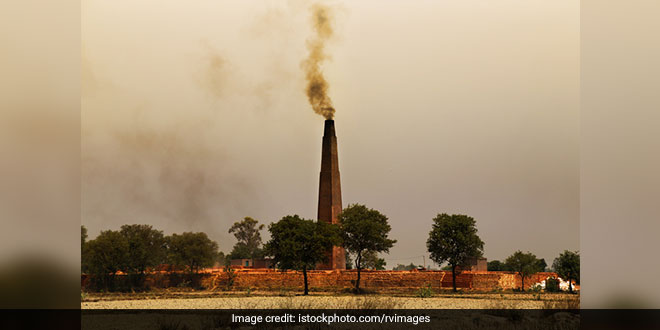 Chandigarh: In a move to check air pollution, the Punjab Cabinet on Wednesday approved a draft action plan by the Punjab State Council for Science and Technology for conversion of natural draft brick kilns to induced draft brick kilns with rectangular shape and zigzag brick setting. The brick kilns have been given time till September 30 to opt for the conversion, an official statement said. The decision, taken at a Cabinet meeting chaired by Chief Minister Amarinder Singh, is in line with the directions of the Central Pollution Control Board (CPCB) regarding prevention and control of air pollution in cities and towns.

The compensation has been set at Rs 25,000 per month for kiln with zigzag setting of capacity over 30,000 bricks per day, and Rs 20,000 per month for kiln of capacity less than 30,000 bricks per day. The Department of Science and Technology, through the Punjab State Council for Science and Technology, would provide necessary technical assistance for implementation of the action plan.

As per the current status of conversion of brick kilns in the state, 482 brick kilns have already converted to the new technology and 559 are in the pipeline for shifting to induced draft technology. Around 2,800 brick kilns are operating in Punjab, producing around 15-20 billion bricks per annum. This constitutes about eight per cent of total production of the country and the brick kiln industry employs about 0.5-0.6 million workers.

Move Over Fossil Fuel Cars! Here Is An Electric Super Car, Faster Than Formula 1 To Drive You On To The Future