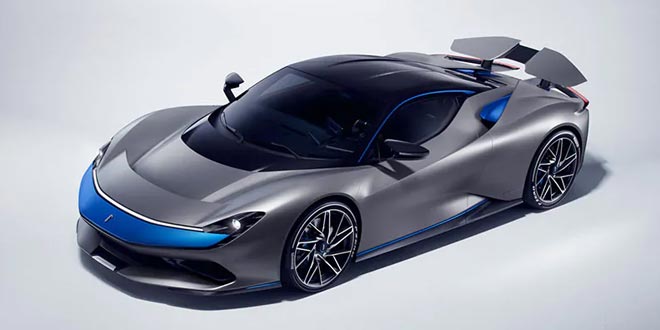 New Delhi: It is a good year for electric vehicles enthusiasts. From major automobile industry players announcing the launch of advanced electric cars and two-wheelers increasing options to choose from at competitive prices, to countries like India, Germany, Sweden, and Hungary pushing electric mobility aggressively, to unveiling of electric super car ahead of Geneva International Motor show 2019; so much exciting is happening across the world in this sector. India’s Mahindra and Mahindra-owned Automobili Pininfarina, an Italian car design firm, has revealed the world’s first luxury fully electric superfast, high range car called ‘the Battista’. On the launch the super car in Geneva, as being called by the industry experts, Anand Mahindra, Chairman of Mahindra Group, said,

We are extremely excited to be the enablers of fulfillment of this dream. Yes, it finally happened. I am still in a state of disbelief that we have come so far with what seemed like a gleam in our eyes.

Yes it finally happened. I am still in a state of disbelief that we have come so far with what seemed like a gleam in our eyes… Today we launch it inside the Geneva motor show. Keep your eyes peeled… https://t.co/ysm7nFqr92

He further said, “Why is Mahindra betting on the luxury segment? Because there will also be vehicles that people will want to buy because they are objects of desire and passion.”

The newly revealed zero emission supercar will be launched in the market in the year 2020. According to Mahindra group, it will be the most powerful car ever designed and built in Italy.

This is the most authentic and exciting automotive story imaginable. The Battista is the hypercar of the future, inspired by a legendary past. It combines true inspiration and innovation in its technical achievement and emotional appeal. Electrification unlocks the door to a new level of performance and a zero-emissions future, whilst a passion and respect for automotive history will define how this landmark car looks and feels. We aim for the Battista to be a future classic and automotive icon, writing its own page in automotive history books.

The Geneva motor show debutant has 120 kWh (Kilo Watt Hour) battery pack and is faster than a current Formula 1 race car. With 1900 horsepower, this electric car can go from 0-100 kmph in under two seconds, can reach a top speed of 350 kmph and has a high range of 450 kilometres on one full charge.

Gone are the days when electric cars were considered no more than a toy and were not taken seriously. With ever-advancing research and development in this sector, electric vehicles are becoming an object of interest for many. EVs will eventually become a necessity like other mass-market cars.

An automobile expert and twitter user Hormazd Sorabjee who share the same sentiments said, “Hard to believe an EV can be so desirable. The unbelievable has happened!”

Hard to believe an EV can be so desireable. Hard to be believe Mahindra made this happen. Well, The unbelievable has happened! Pininfarina Battista is jaw dropping gorgeous. https://t.co/TO1zqbHuFZ

In A Bid To Check Air Pollution, Punjab Brick Kilns Will Be Shifting To Cleaner Technology