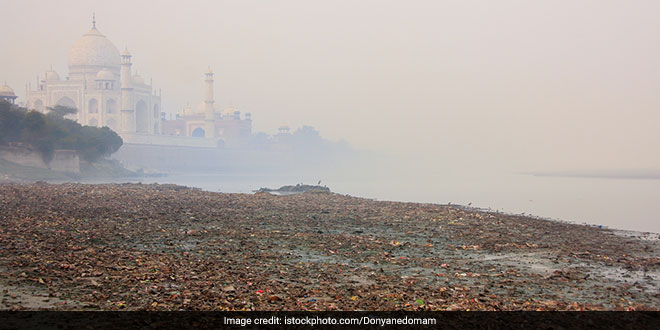 New Delhi: The Supreme Court on Friday (February 22) asked the National Environmental Engineering Research Institute (NEERI) and the Central Pollution Control Board (CPCB) to conduct a joint inspection and suggest whether a waste-to-energy plant, proposed to be set up in Agra, would reduce the toxicity of air in the area. A waste-to-energy plant is a facility which combusts waste to produce electricity. The apex court asked both the bodies to also inspect the site where the Agra Municipal Corporation has proposed to set up the waste-to-energy plant and submit a joint report before it within six weeks.

A bench of Justices S A Bobde and Deepak Gupta was told that the Taj Trapezium Zone (TTZ) is an “eco-sensitive area” and has four world heritage sites, including the Taj Mahal. The TTZ is an area of about 10,400 sq km spread across the districts of Agra, Firozabad, Mathura, Hathras and Etah in Uttar Pradesh and Bharatpur district of Rajasthan.

Advocate M C Mehta, who has filed a petition in the apex court on the issue relating to the protection of Taj Mahal, said the waste-to-energy plant should be set up outside the TTZ as it would lead to the emission of toxic gases. The counsel appearing for the Agra Municipal Corporation told the bench that a state-of-the-art waste-to-energy plant would be set up there and emission standards would be better as compared to European standards. However, the bench observed that an expert body like the NEERI is better equipped to guide the court in the matter.

The idea is to reduce the toxicity in the air. We need experts for this, the bench said. This matter needs to be examined by the experts. We request the NEERI and the CPCB to look into the matter and after considering the proposal of the Agra Municipal Corporation and joint inspection at the site, suggest whether the waste-to-energy plant will reduce the toxicity in the air, it said.

The Uttar Pradesh government had earlier entrusted the Delhi-based School of Planning and Architecture (SPA) with the task of preparing a vision document for the protection of the Taj Mahal. The top court had earlier told the Uttar Pradesh government that the vision document should be made public once it is finalised as there is “nothing secret” about it. It had asked the authorities to take a larger perspective on the issues of pollution and green cover while preparing the vision document, saying they would not get a “second chance” to preserve the Taj Mahal. The top court, which has been monitoring the development in the TTZ to protect the Taj, had earlier slammed the Centre, Uttar Pradesh government and the TTZ authority for their failure to restore the pristine glory of the Taj Mahal.

Air Purifier Industry To Be Worth $39 Million By 2023, Thanks To Air Pollution: ASSOCHAM-Techsci Study